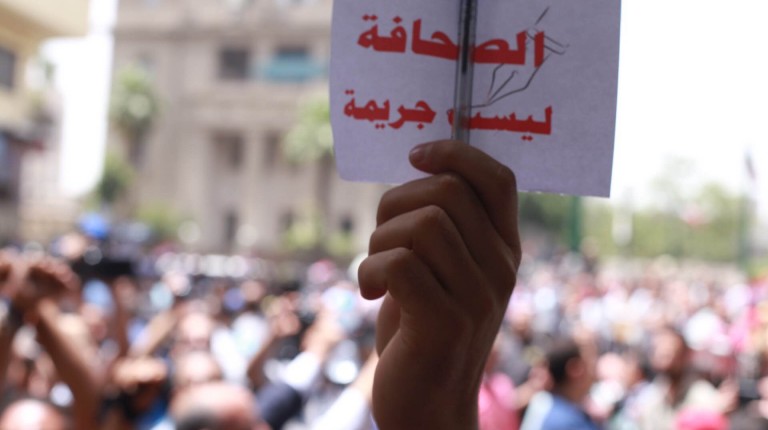 Yanair Gate’s editor-in-chief Amr Badr and journalist Mahmoud Al-Saqa were detained on suspicion of incitement to assassinate President Abdel Fattah Al-Sisi, Minister of Foreign Affairs Sameh Shoukry said on Wednesday evening at a press conference during the National Security Council’s session on counter-terrorism in response to a question about the storming of the Press Syndicate.

“Many independent and state media outlets in Egypt enjoy freedom of expression. However, there is controversy among journalists about the Press Syndicate hiding people who are wanted by the authorities. The arrest warrant was issued because Badr and Al-Saqa incited the idea of assassinating the president,” Shoukry said.

“I think this is also an illegal activity in the United States,” the minister added.

Badr and Al-Saqa were arrested on 1 May when security forces stormed the Press Syndicate, the first time any such incident has occurred since its foundation. Both journalists began a sit-in outside the Press Syndicate’s headquarters earlier to protest security raids conducted at their private residencies at dawn, the second raid they had been subjected to in the past two weeks.

113,497 arrested in April in relation to issued verdicts: Interior Ministry