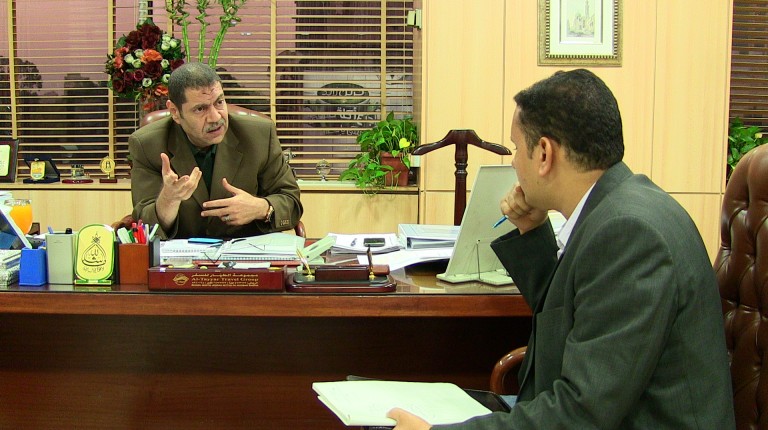 The government will offer 73 parcels of land that range from 10,000 square metres and 1m square metres to investors in the next few days, according to Tourism Development Authority (TDA) head Serag El Din Saad. The offered lands are located in the North Coast, Red Sea Governorate, South Sinai, and Luxor.

In his interview with Daily News Egypt, Saad said that the government will offer a total of 49m square metres.

You announced that you plan to offer several investment opportunities. Has there been an update on this offer?

We are approaching the final steps to offer 73 investment opportunities in lands with areas starting from 10,000 square metres to several million square metres in various areas, including South Sinai, the Red Sea Governorate, and North Coast.

I can say that this will be the largest offering in TDA’s history. We wanted to tell investors that there are significant investment opportunities across Egypt.

There are opportunities for plots of areas starting from 10,000 metres. There are also 8m square metres for giant integrated projects in which there are different types of investments including hotel investment, tourism housing, or tourism ports.

Many investors have expressed an interest in the North Coast. How do you see the future of investment in this area?

TDA will offer 12 plots of land for investment in the North Coast. The area is very promising: undeveloped lands overlooking the Mediterranean coast with nearby airports in Borg El Arab and Alamein. Additionally, it is close to Alexandria.

This area will be the Riviera of the new Egypt, and the state’s plan for it is to be comprehensively developed.

There will be tourist housing units and entertainment projects in the area, which will contribute to the region’s potential. We have already received offers from Arab investors to finance projects in the regions.

Can you tell me more about TDA’s projects in the Red Sea Governorate?

During the last period, we worked to expand opportunities for services providers and facilities. This philosophy proves that tourism development is capable of creating urban communities in the desert.

TDA’s lands are distributed from Halayib and Shalateen to Ain Sokhna.

Will TDA offer lands for sale in South Sinai?

Yes, we have 12 investment opportunities in Ras Sader on the eastern coast of the Suez Gulf, where there are promising sites ranging between 30,000 and 400,000 square metres.

How do you see some investors’ complaints that law 14/2012 hinders investment in Sinai?

According to the law 14 of 2012, Egyptians have the right to own lands while non-Egyptians can obtain plots of state-owned land under the usufruct system.

In other areas, the lands will be put up for sale under the ownership system, on the condition that investors adhere to the TDA’s implementation timetable.

How do you see recent demands to halt the sale of land due to the decline of tourism flows in Egypt?

Tourism may get sick, but it will never die. Egypt experiences exceptional circumstances, but history affirms that Egypt has overcome similar crises and we have to work on that. Should we close the authority and sit at home?! Should we wait for the crisis to end?

If we accept that we should no longer grant lands to investors, the state should also stop granting new licenses to investors or opening new projects under according to the same strange logic.

From an economic perspective, foreign investors will not invest in Egypt unless local investors put money into their country first.

Egyptian investors have a social role to play in the current period. They should help the state, which has supported them in the past, to invest billions in large-scale projects

If we do not have any new investments, unemployment will increase. Ask them if they want unemployment to spread on Egyptian streets.

New investments mean providing adequate income for more young Egyptians and new funds for the market. This crisis will not last long, and Egyptian tourism will recover soon.

We have already received promising offers from Egyptians and Arab investors to purchase areas in the North Coast and in the Red Sea Governorate. Egyptian tourism is not stagnant.

We seek through this new offer to create integrated tourism complexes such as those in El Gouna, Sahl Hasheesh and Abou Soma.

We have required investors to create something unique in their projects in accordance with the nature of each area. Egypt has the ability to compete with other tourist destinations, and should continue to offer low prices and grace periods for completing projects.

Investors should stop the unnecessary pricing policy in hotels, as it undermines the reputation of Egypt’s tourism abroad.

There must be a minimum price policy in order to maintain real competition among investors.

Tourism is capable of absorbing all existing unemployed labour in Egypt. It will recover soon.

Some 3,500 rooms will enter service by the end of June.

These projects will inject new blood into tourism investment.

How do you appraise the sale price of lands?

The lands are priced—in cooperation with the New Urban Communities Authority (NUCA), an affiliate of the Ministry of Housing—according to proximity to tourist centres, the degree of saturation, and the type of development, whether complete or limited.

Pricing estimations range between $10 and $50 per metre.

In light of the decline in tourism, will you provide incentives for investors?

TDA has been dealt with investors using flexible regulations over the past five years.

We postponed dues several times and we are considering further postponements and payment instalment plans, according to the postponing commitments policy—these are the state’s funds and we cannot waive them. However, the state takes circumstances that face tourism investors into consideration.

Some investors have complained that the government has threatened to confiscate previously allocated land. How do you respond to this charge?

The actual construction on plots of land that have been considered for confiscation has not reached 10%. I can understand when a hotel owner complains of the tourism decline. But why would investors not complete construction and abide by the implementation timetable.

We gave these projects deadlines to rectify their situations. The lands are the state’s and it is our duty to keep them unharmed.

Investors say they do not have the requisite funds to continue construction.

Investors are obliged to follow a timetable. It is not realistic for a project to proceed for five years and still be under 10% completed.

What is the TDA’s target revenue this year and in the future?

We have achieved 66% of the EGP 580m target during the first three quarters of the current fiscal year.

The TDA’s target revenue over the next year is EGP 720m.