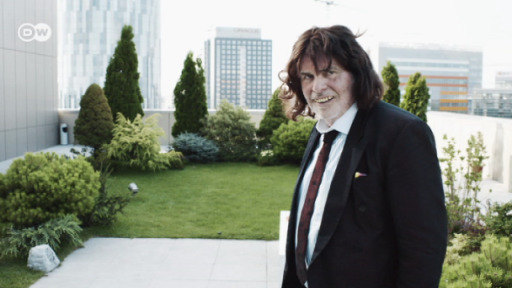 Discover the highlights of the Cannes Film Festival, held this year from May 11-22. As Germany celebrates a comeback in the race for the Palme d’Or, here are 12 hot contenders in the competition.
Over the next 12 days, the southern French town of Cannes will once again be the center of the international film world. Stars and starlets, film producers and artists, all surrounded by photographers and fans, will be walking the red carpet on the famous Croisette until May 22.

Woody Allen and the stars of his new movie, “Café Society,” are expected on that red carpet on May 11, and the film opens the mega-event.

As usual, expectations are running high. Renowned directors like Pedro Almodóvar, Xavier Dolan, Jim Jarmush and Ken Loach will join the race for the cherished trophy.

French cinema is represented by four contributions. And US productions like “Paterson” by Jim Jarmusch and “The Last Face” by Sean Penn will add a few renowned Hollywood stars to the line-up. Other countries with a strong filmmaking tradition, such as Iran, represented by Oscar-winning director Asghar Farhadi, and Romania – with two films – will be present.

Directors who get invited to Cannes are usually honored to personally present their works, accompanied by their team and stars. Among the actors expected this year are Charlize Theron, Isabelle Huppert, Russel Crowe, Javier Bardem, Kristen Stewart and Vincent Cassel.

Germany makes a comeback in the competition

Following a long absence, a German film has once again made it into the competition. Young director Maren Ade will present her movie “Toni Erdmann,” centered on a father-daughter relationship, starring Peter Simonischek and Sandra Hüller.

The film is seen as the first “purely German” production for years. The last German director in the competition was Wim Wenders in 2008, followed in 2009 by the film “The White Ribbon” (“Das weiße Band”) by Michael Haneke who was born in Munich, but who is an Austrian citizen. After that, German cinema was only represented in the competition as a co-producer.

Thierry Frémaux, artistic director of the festival, was enthusiastic to welcome in Cannes a new generation of German filmmakers to follow the footsteps of “the dream team Herzog, Schlöndorff and Wenders.” This new generation has actually already been represented at other international film festivals for years.

Three German co-productions have joined the race for the Palme d’Or: the films of French directors Bruno Dumont and Olivier Assayas, as well as one by the Dutch director Paul Verhoeven.

Germany promises a strong presence at the festival’s film market, promoting 23 new productions under the label “New German Films.” The “German Pavilion” is also likely to be visited by quite a few German and international stars throughout the festival.

The winner of the Palme d’Or will be declared on May 22. This year’s jury is headed by Australian director George Miller (“Mad Max”). Among the members of his jury are actors Donald Sutherland, Mads Mikkelsen and Kirsten Dunst, French singer Vanessa Paradis, and directors László Nemes and Arnaud Desplechin.

But there’s a lot more to Cannes than the competition and the Palme d’Or. Among the total of 1,869 films submitted to the festival, 49 were selected for the official program, and a few others for other sections. Renowed series such as “Un Certain Regard” and “La Quinzaine des réalisateurs” focus on outstanding directors as well as young directors and talents to be discovered.

There will also be special screenings of films by famous directors that did not make it into the competition. Among them is Steven Spielberg’s new ghost film “The Big Friendly Giant,” intended for a young audience, and Jodie Foster’s fourth film, “Money Monster,” starring George Clooney and Julia Roberts.

Political issues from Germany and the US

Unlike the Berlinale, Cannes does not have the reputation of being a political festival. It rather focuses on big names and celebrity glamour. And yet it’s hard, even for Cannes, to ignore current affairs altogether.

The German short film “Shakespeare in Zaatari,” about a refugee camp in Jordan, was directed by Syrian-born Maan Mouslli, who now lives in the northern German city of Osnabrück.

And finally, Cannes will also take a look back at film history, paying tribute to cinema greats. French actor Jean-Pierre Léaud will receive the honorary Palme d’Or of the festival.

Bertrand Tavernier offers his own homage to French cinema with his film “Voyage à travers le cinéma français,” premiering at the festival.

Hollywood veteran William Friedkin, best known for his films “French Connection” and “The Exorcist,” will be among the guest speakers of the series of workshops “Cinema Masterclass.”

Renowned documentary makers Raymond Depardon (France) and Frederick Wiseman (US) will also be honored. In the series “Cannes Classic,” digitally restored masterworks will be shown, among them films by Andrei Tarkovsky, Kenji Mizoguchi and Jean-Luc Godard.

Watch the video below to find out more about the German film in the competition.