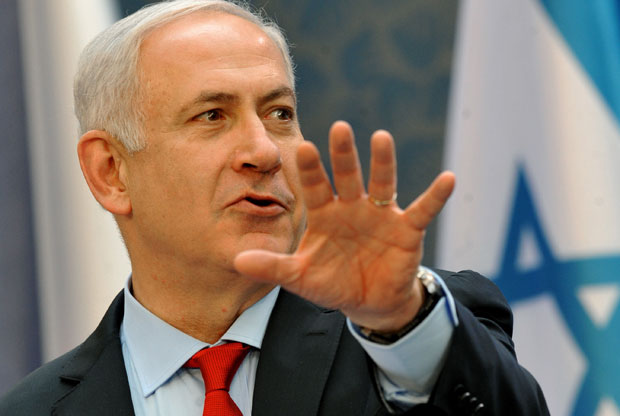 Israeli prime minister Benjamin Netanyahu retracted his previous declaration that he would send commandos to lift the siege on the Israeli embassy in Cairo, which was surrounded by protesters in 2011.

Netanyahu said that Israel did not intend to do this on its own but in cooperation with the Egyptian authorities.

“The intention was for a coordinated effort, not a one-sided action. We are pleased that there was no need for this and thank the Egyptian army, which handled the crisis in a responsible manner and brought about a solution to the problem,” read a statement from Netanyahu’s office.

Protesters stormed the Israeli embassy in Cairo in September 2011 after Israeli soldiers killed five Egyptian security personnel, mistaking them for militants they had been chasing along the border.

The Israeli prime minister claimed that his threats helped to solve the problem.

“A wild mob … came to slaughter our people, and that evening we used all the tools at our disposal, including threat of an Israeli military rescue operation—something that was ultimately a deciding factor and brought the Egyptian forces (to the scene),” he said.

Netanyahu’s office asked the Israeli ministry of foreign affairs to remove those words from any official video, said Barak Ravid, the diplomatic correspondent of the Israeli Haaretz newspaper.

On his Twitter account, Ravid also said that a former Israeli diplomat told him there was pressure from Egypt back then to stop the siege, but they have never discussed sending commandos.

The protestors had approached the embassy and burnt the Israeli flag in the most dangerous attack on the embassy since its establishment in 1979 after the peace treaty between Egypt and Israel. They also threw Israeli documents into the streets.

Then ambassador Ishac Levanon left to Tel Aviv with embassy employees, followed by the guards.

Three protestors were killed during the incident.