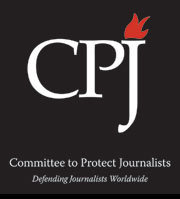 The Committee to Protect Journalists (CPJ) strongly condemned the death sentences issued against journalists in Egypt, according to a statement released on Wednesday.

On 7 May, the Giza Criminal Court referred six people to Egypt’s Grand Mufti to advise on their death sentences in the Qatar espionage case, which includes former Islamist president Mohamed Morsi along with other Muslim Brotherhood leaders.

According to CPJ, Helal was the news director at Al-Jazeera’s Arabic news channel, while Sablan was the channel’s producer, Al-Khatib was a news editor for the pro-Brotherhood news site Rassd, and Afifi was a producer for documentaries.

“Egypt’s rulers have made no secret of their hostility to independent journalism. But for a court to sentence journalists to death would represent a new low,” CPJ Middle East and North Africa Programme Coordinator Sherif Mansour said. “We call on Egyptian prosecutors to not contest any appeals filed by the journalists’ lawyers.”

More verdicts are expected in the case on 18 June, including the ruling against Morsi. Also receiving a verdict then will be Khaled Abdel Wahab Radwan, a former managing producer for Egypt 25 TV channel, which was shut by authorities following the ouster of Morsi in 2013.

In September 2014, late prosecutor general Hisham Barakat had referred the defendants to criminal court on charges of illegally obtaining copies of intelligence reports, and confidential reports on the armed forces’ plans. They were also accused of intending to deliver the documents to the Qatari satellite network Al-Jazeera.

NATO wishes no conflict with Russia, but will protect members

Google gets louder on voice-activated tech