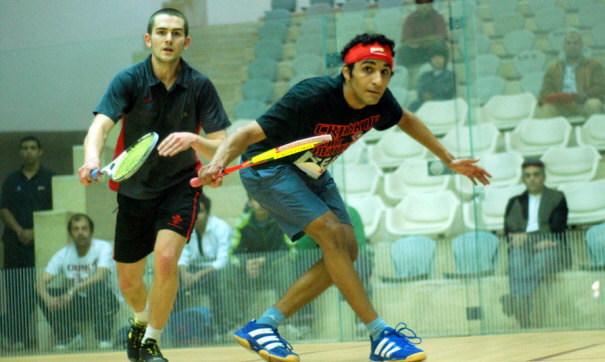 Egyptian squash player, Mazen Gamal, won the Grand Sport Armenia 2nd Challenger 5 2016 squash tournament held in the Armenian capital of Yerevan.
The Egyptian champion, ranked 76th internationally, defeated English player Nathan Lake, who is ranked 75th internationally, in the tournament’s final.
This is Gamal’s second consecutive victory, as he won the same champion last year after also beating Lake in the final.
Gamal was not the only Egyptian who competed in this year’s tournament. However, Egyptians Khaled Mostafa and Ahmed Hussien exited the tournament after losing in the quarterfinals to Finnish Jaakko Vahamaa and Lake, respectively.
Iraq was the only other Arab country which participated. Ahmed Al-Kiremli left the tournament after being defeated by English player Alex Noakes in the first round.
Topics: mazen gamal squash