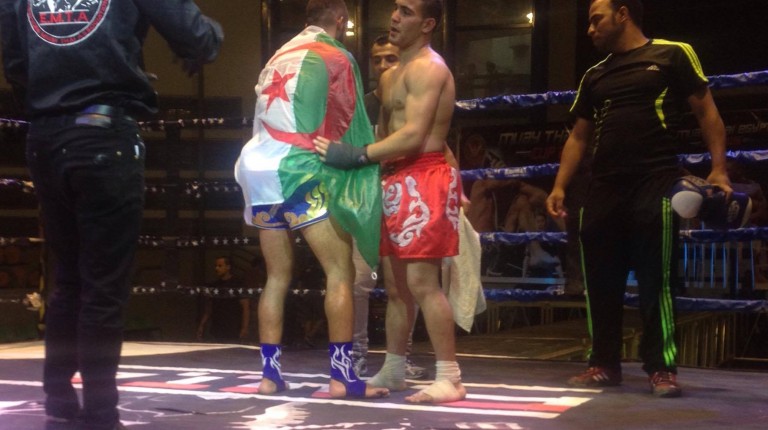 The 2016 Muay Thai Cup began on Friday in Cairo. Thirty-eight qualifying matches and quarterfinals were played.

Muay Thai is a traditional combat sport from Thailand, which spread across Europe and Mediterranean countries, including Northern Africa.

In Europe, the sport is commonly practiced by both men and women, however, in Egypt, as with many sports, Muay Thai is still relatively unpopular with women.

The two-day tournament is organised by the AUFC Academy for Martial Arts and the Royal Thai Embassy in Cairo. Thai ambassador to Egypt, Peerasak Chantavarin, told Daily News Egypt that this tournament aims to support the sport and its culture in Egypt.

This tournament being special because woman from Egypt and Algeria are competing, which is a good indication that Muay Thai is becoming more popular with female athletes.

The semi-finals are being held on Saturday at the Cairo Stadium.

The following players have qualified for the semi-finals: