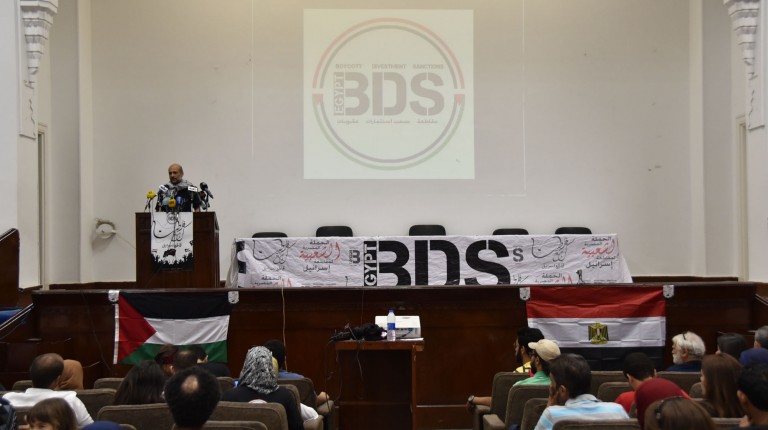 The Boycott, Divestment, and Sanctions (BDS) movement held a conference in which it announced a new target for the anti-Israel movement: the security services company G4S.

Activists and politicians from different political parties and movements gathered at the headquarters of the Doctors Syndicate on Saturday as they enter the second year of the campaign in Egypt, hailing “the struggle of the Palestinian people as well as the Egyptian”.

Speakers have promoted the campaign’s work since its launch last April. Opening the conference, the movement’s founding member and spokesperson Ramy Shaath said the campaign chose to hold the conference on the same day as Nakba Day to shed light on the ongoing crisis of the Palestinian people.

Shaath praised five of the campaign’s members and co-founders who are currently imprisoned over freedom of expression related charges including prominent activists like Haitham Mohamadein and Taher Mokhtar.

Former assistant to the foreign minister and member of the Popular Current party Ma’asoum Marzouk said that while the conference also commemorates the Nakba, Egypt is witnessing its own version of Nakba in the form of “selling Tiran and Sanafir islands”.

The Egyptian-Saudi maritime demarcation agreement that saw sovereignty of Sanafir and Tiran islands transferred to Saudi Arabia, triggered public anger and nationwide protests that were met with a strict security clampdown.

Hatem Tallima, member of the Revolutionary Socialists movement, also made a link between the Palestinian and Egyptian political situations as he compared the stone-throwing children of the intifada to the “Street Children” satirical band who were recently prosecuted in Egypt for publishing videos that made a mockery of the state’s policies, including the maritime demarcation agreement.

G4S next after Orange

Mobinil and, then, its parent company Orange were announced as the target of the campaign last year for profiting from the actions of Partner Communications, through their franchise Orange Israel.

The boycott campaign made a victory of prompting both Orange and its affiliate in Israel Partner Communications to end a franchise contract through which the French company had its name in the Israeli market.

On Saturday, BDS announced it is going to target the British multinational security services company G4S through steps of shedding light on the company’s activities in Israel which they say includes security services for Israeli prisons, detention centres, and border sites.

The campaign also said it calls on citizens to sign on a popular petition to support the campaign’s demands which are for the British company to cut its ties with Israel and for the Egyptian companies to not use G4S services until so.

BDS called on the Egyptian people to report if they see G4S operating in Egypt. A large part of G4S work in Egypt is providing security services for mega malls. 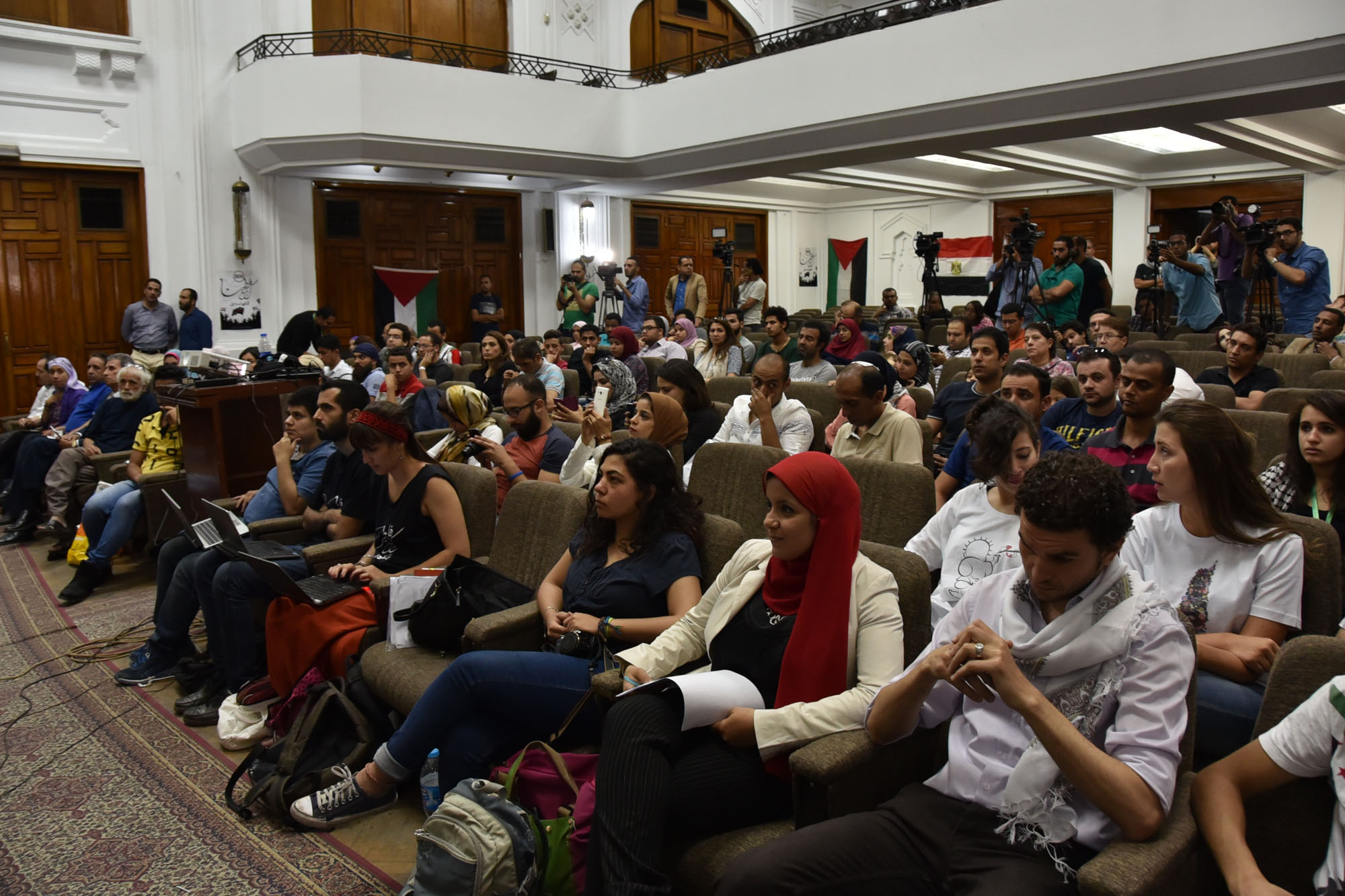 Why are some people attracted to Jihad?