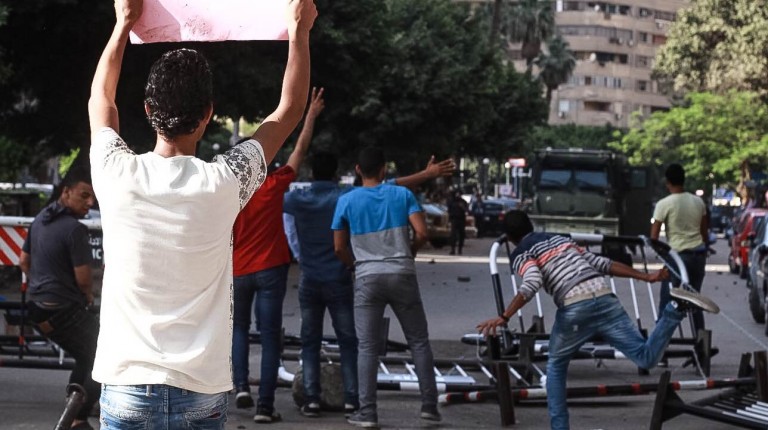 Journalists Against Torture Observatory (JATO) released a report on Sunday which details 97 violations committed against reporters and photojournalists when covering the 25 April demonstrations, which protested against the maritime demarcation deal with Saudi Arabia.

This is the first time JATO has monitored such a massive and unprecedented number of violations carried out against journalists in a single day, since its establishment in November 2013, the report clarified.

The report indicated that most of the violations were committed in Cairo, with 58 monitored there. There were 39 instances in Giza in suburbs that were transformed into military barracks, including Dokki. JATO stated that 95 violations out of 97 were committed by the Interior Ministry while the other two were by pro-government protestors.

The report recorded 17 violations that targeted foreign journalists out of the total 97. JATO noted that perpetrators mainly focused on privately run newspapers and TV channels, whether local or international.

According to journalistic specialisation, photographers suffered the most violations with 36, followed by 24 violations against reporters, six against news editors, and four against administrators. There were 27 further violations against journalists for whom the observatory was not able to determine their field.

In April, JATO reported that 222 violations were committed against reporters and media personnel in the first three months of 2016.

The report revealed that violations against the media and press have increased in comparison with the first three months of 2015, when only 125 violations were recorded.