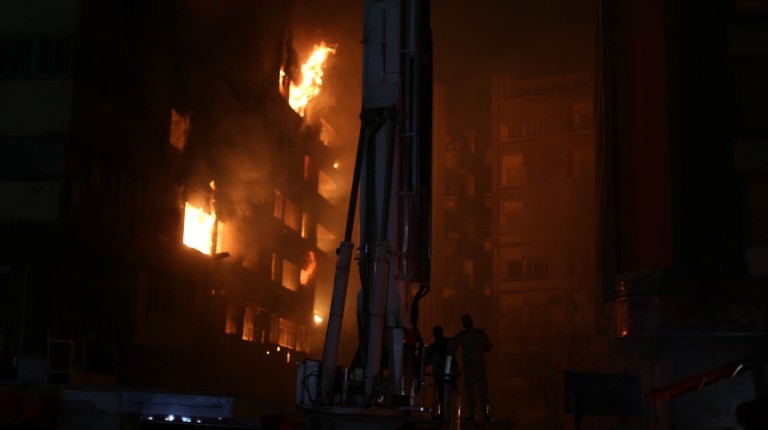 A week after a major fire set a local market in Attaba ablaze, President Abdel Fattah Al-Sisi on Tuesday called on the government to ramp up efforts in assessing how many families and shops were affected by the fire.

“We need to finish the impacted families’ census very soon, especially given that the holy month of Ramadan is just a few weeks away,” Al-Sisi said during the inauguration of a power station.

Following the Attaba fire, dozens of fires have been reported in multiples locations across Egypt, some of them causing significant damage.

For the past weeks, fires have occurred every day in residential, governmental, and industrial buildings. The reason behind these fires remains unknown.

Another fire broke out inside a chemistry lab at the Faculty of Science at Cairo University on Sunday, and in 6th of October City a huge fire damaged a juice factory in the suburb’s industrial zone.

No casualties were reported in both incidents.

On Saturday, two people were taken to the hospital following a fire in a Damietta village, where they received treatment for smoke inhalation, according to the Ministry of Health.