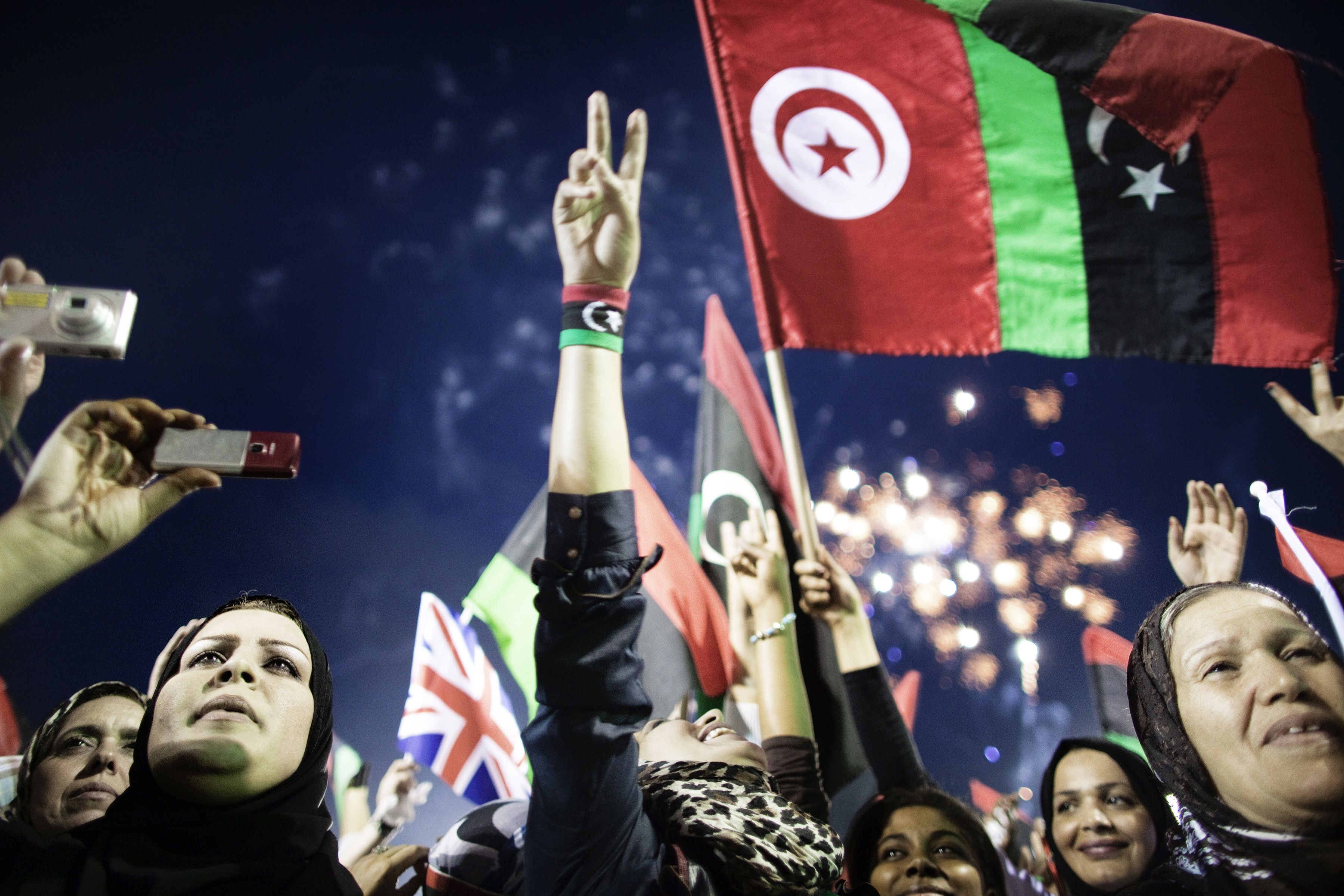 Some world powers, including the US, said they would consider lifting the arms embargo to Libya upon the request of the Libyan government of national accord (GNA) in order to enforce its control in preventing the spread of terrorism across the nation.

The new Libyan prime minister, Fayez Al-Sarraj, said during the meeting that he will prepare a list of the needed armaments.

He further told journalists that Libya is facing a huge challenge in fighting the Islamic State (IS) and he hopes that Western powers can help by arming and training Libyan forces.

US secretary of state John Kerry said the request is logical, but it needs to be considered carefully. “We have now had a request come to us and obviously it has to be discussed and go through the process with respect to the UN,” Kerry said.

Western powers are relying on the GNA to fight IS militias, which took advantage of the political unrest and gained more ground. Besides this, the GNA is expected to control the illegal immigrants fleeing to Europe from Libyan coasts. However, the government is still trying to regain full control in Tripoli.

The embargo was put in place by the UN in 2011 amid the security unrest after the ouster of Muammar Gaddafi.

Last March, the UN postponed a decision to lift the embargo on arms to Libya.

“We are ready to train and equip the Libyan military forces as the Al-Sarraj government asks of us,” said Gentiloni.

He also added that Italy is trying to reinforce political unity in order to fight against IS, including General Hafter, “but full recognition is needed”.

Hafter is the leader of the national Libyan army, which is working under the umbrella of Tobruk parliament.

The two Libyan rival parliaments signed an agreement in Morocco last year backed by the UN to end the conflict in the oil-rich country. Based on this agreement, the Libyan presidential council formed a government of national unity. However, the Tobruk Parliament must vote it in so the government can begin its tasks. Libyan members of parliament have failed to vote for it so far.

However, the government urged its ministries to start working until they are sworn into office.

The ministries gathered in Vienna said they would stop any kind of communication with any other Libyan institutions outside the GNA to stop some factions from selling oil away from official channels.

“While [condemning] recent oil and arms transactions made outside the scope of the GNA, we reaffirm our commitment to upholding the arms embargo and measures concerning illicit oil exports,” said a joint statement released after the talks in Vienna.

The GNA is now trying to seize oil institutions along with the Central Bank through their branches in the east.

Egyptian Foreign Minister Sameh Shoukry affirmed that Egypt is backing any solution that guarantees the unity of the Libyan state, during the meeting that included the EU, the UK, Russia, France, Italy, Algeria, the UAE, Saudi Arabia, Turkey, Iran, and the Arab League.

Shoukry added that Egypt is supporting the Libyan people and its institution under the umbrella of the Libyan presidential council.

The Egyptian minister said the reasons behind the political blockade after signing the UN-backed deal must be reviewed.

Egypt also urged the internationally-recognised Libyan parliament, Tobruk parliament, to authenticate the GNA as soon as possible to start focusing on counter-terrorism efforts. Shoukry warned of supporting any military group outside state institutions.

The head of Tobruk parliament, Aqeela Saleh, arrived in Cairo on Tuesday to hold meetings with Egyptian officials over the Vienna talks. Saleh will also discuss the issue of voting for the GNA.

Kerry will arrive in Cairo on Wednesday to hold discussions with President Abdel Fattah Al-Sisi. US department of state spokesperson Mark Toner said that Kerry will discuss “several regional issues” with Al-Sisi, but the Libyan developments are expected to be the main focus of the meeting.

World powers have excluded any probabilities of an international intervention in Libya.

Pentagon spokesperson Peter Cook said a small US force in Libya is carrying out some intelligence missions to collect information about IS in Libya. Cook said Monday that the goal of US forces there is to identify the real players on the ground.

US troops are working in two locations in Libya to gain local acceptance for an international intervention, reported the Washington Post, earlier citing anonymous US officials.

The US department of defence said earlier that the number of IS militants in Libya has increased over the past year.

Last month, the British foreign minister Philip Hammound announced that the Libyan government will receive funds of £10m to support them in tackling illegal migration, smuggling and organised crime, and to support counter-terrorism efforts.

Sameh Shoukry returns to Cairo after Washington’s meetings against IS