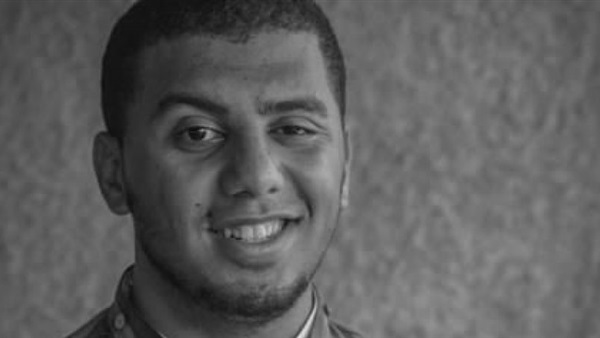 Journalists of the privately-owned Al-Fagr newspaper have organised a stand of solidarity on the stairs of the Press Syndicate on Wednesday to call for the release of their arrested coworker, photojournalist Ali Abdeen.

Abdeen was handed a two-year prison sentence following his arrest on 25 April, during which he was covering the anti-government protests that contested the transfer of sovereignty of Tiran and Sanafir Islands to Saudi Arabia.

Abdeen was arrested on charges of protesting without a permit and inciting against the state, among other charges.
Head of the editorial board, Adel Hamouda, told Daily News Egypt that the newspaper will wait for the appeal decision, and they are not going to take action prior to the appeal’s results.

Mina Salah, head of the field work section, told Daily News Egypt that there will be an open sit-in in case the appeal is not accepted.

“We are calling on the presidency and the cabinet to release Abdeen, we have already submitted letters that prove that he is a photojournalist and they were ignored by the prosecution,” Salah added.

Salah said they are communicating with the Press Syndicate’s Freedoms Council and the syndicate’s legal authority will be responsible for the case in the court.

Since Abdeen’s arrest, the newspaper has filed letters to the prosecution and provided every possible legal help, Salah said.

Al-Fagr journalists released a statement on Tuesday that stressed their adherence to the truth that the investigation systems ignored, which upholds that their coworker is a photojournalist and he was appointed by the newspaper to cover 25 April protests.

The statement also read that the journalists hope that the appeal comes in Abdeen’s favour who was, according to testimonies and videos, arrested randomly.

It continued that the Interior Ministry will be held accountable if Abdeen suffers any physical harm, as activists claim that defendants who were arrested on 25 April are constantly beaten and verbally insulted.

The statement concluded by announcing that the journalists will organise protests in the newspaper and these protests will escalate in case stubbornness against their colleague continues.

A crackdown on journalists has significantly increased following the dispersal of Rabaa Al-Adaweya sit-in in August 2013. According to the Freedoms Committee in the Press Syndicate, there are around 30 journalists behind bars for doing their job, and several charges have been fabricated against them.

Badr and Al-Saqa were arrested for incitement to assassinate Al-Sisi: Foreign Minister