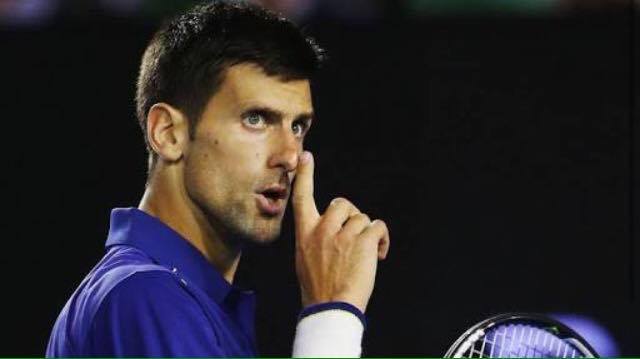 On his birthday, 15 May, British tennis player Andy Murray, who is ranked second internationally, surprised the world after winning against the top-ranked Serbian Novak Djokovic in the 2016 Internazionali BNL d’Italia’s final, celebrated in Rome.

During this match, it was raining and the weather made playing difficult. Djokovic was nervous, as he slipped more than once. So he asked the umpire several times to delay the match until the rain stopped. However, it was decided that the match would continue.

A few days ago, both played against each other at the final of 2016 Mutua Madrid Open. The championship’s title went to Djokovic, as he defeated Murray 2-1 in the final.

Back to the 2016 Internazionali BNL d’Italia, in the women singles’ competitions, the USA’s Serena Jameka Williams, ranked first internationally, defeated her compatriot Madison Keys, who is ranked 17th internationally, 2-0, in the final match.

In the men’s doubles, the duo of Bob Bryan and Mike Bryan, both from the US, won the final, against Canada’s Vasek Pospisil and the USA’s Jack Sock.

Sock participated in the men singles’ competitions at the same championship. He exited this division after being defeated by Belgium David Goffin, with scores of 6-4/6-4, so a final score of 2-0.

As for the women’s doubles, the couple of Swiss Martina Hingis and Indian Sania Mirza beat the Russian duo of Ekaterina Makarova and Elena Vesnina in the final.

For Hingis and Mirza, this is a great recovery as they did not manage to win the 2016 Mutua Madrid Open’s title after being defeated by French players Caroline Garcia and Kristina Mladenovic in the championship’s final a few days ago in Madrid.

Opinion: India must act against Afrophobia in its cities