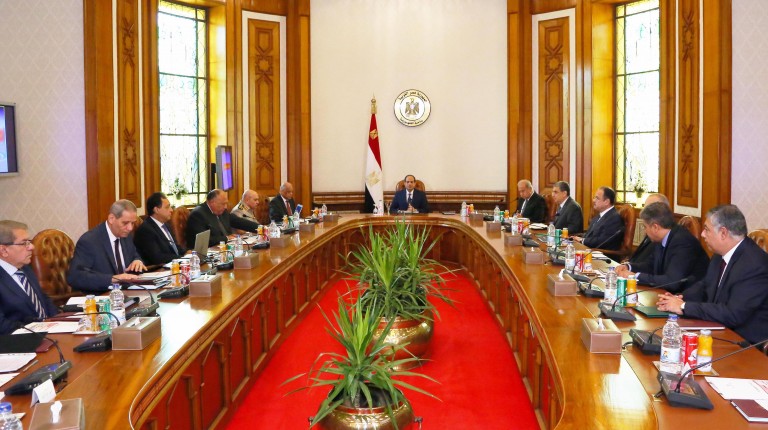 Nearly 10 hours after EgyptAir’s flight MS804 flying from Paris to Cairo disappeared on Thursday morning over the Mediterranean Sea, Egypt’s Civil Aviation Ministry has yet to announce its conclusion on whether the plane has crashed, despite increasing international reports that claim the plane had crashed.

Amid the discrepancy in reporting, Egyptian officials have made opposing statements on the status of the aeroplane and the situation as it unfolds, following first news of the incident reported by EgyptAir.

At 12.30 pm, the presidential office issued a statement on a meeting that took place Thursday morning between President Abdel Fattah Al-Sisi and members of the National Security Council. The statement, however, does not mention or confirm that the missing flight had crashed and nor does it refer to passengers on board as victims.

The meeting reviewed developments of the aeroplane’s disappearance and decided to continue efforts to search via naval and aerial equipment, in addition to investigating the reasons behind the plane’s disappearance in cooperation with French and Greek authorities. “The council ordered the provision of assistance to the families of passengers and crew members on board of the plane,” the statement read.

Shortly after, a statement published by the official Facebook page of the military spokesperson Mohamed Samir read: “In reference to what the media reported regarding the disappearance of the aeroplane, the Armed Forces asserts there were no signals received from the plane.”

Both institutions called on the media to respect official press releases and maintain accuracy.

Meanwhile, as Egypt’s Civil Aviation Minister Sherif Fathy refused to speak of the “plane crash”, the Ministry of Foreign Affairs issued a press release stating that Foreign Minister Sameh Shouky and his French counterpart exchanged “condolences” with the families of the “victims of EgyptAir’s plane crash”.

Fathy is scheduled to give a press conference Thursday afternoon at the ministry’s headquarters; however, France already stated that the incident is believed to be a crash and investigations would be opened soon.

The flight was carrying 66 people, including 56 passengers and 10 crew members, and took off from Paris’ Charles de Gaulle airport late on Wednesday night and was expected to arrive in Cairo early Thursday morning.