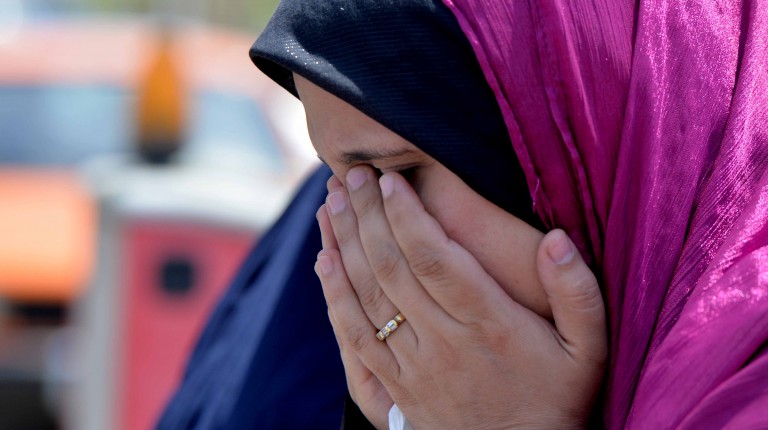 “Our heart goes out to all the families and friends of all those involved in this terrible incident,” Ahmed Adel, EgyptAir’s vice president told CNN nearly 12 hours after the airline’s flight MS 804 was reported as missing at dawn on Thursday, flying from Paris to Cairo.

“We confirmed that the wreckage has been found and the search and rescue teams are in the recovery process,” Adel added.

EgyptAir received an official letter from the Ministry of Foreign Affairs confirming that the aeroplane’s wreckage was found near Karpathos, Greece, the airline said in a press release. Before that, the company had denied emerging reports that debris was found by Greek authorities.

This comes as Egyptian Civil Aviation Minister Sherif Fathy had earlier refused to use the term “crash”, stating in an afternoon press conference that “until wreckage is found, we will refer to this as a ‘missing’ aircraft”. Fathy had urged reporters not to jump to conclusions regarding the details of the incident.

Refusing to confirm the crash, he still did not rule out the possibility of a terrorist act, suggesting it would be a more reasonable scenario than a technical failure.

EgyptAir said it had informed the families of the victims, conveying “their deepest sorrow to the families and friends of the passengers onboard flight MS 804”. The company has issued several press releases to keep up with developments but made no mention of a crash prior to the latest announcement.

Although the office of President Abdel Fattah Al-Sisi issued a statement conveying its solidarity along with Italian prime minister Matteo Renzi with regards to the aircraft disaster, it did not issue its own condolences despite an emergency meeting between Al-Sisi and the National Security Council on Thursday morning.

According to the Egyptian military spokesperson, search efforts are assisted by Greece, France, the UK, Cyprus and Italy.

A320 is the most secure aircraft model: Airbus