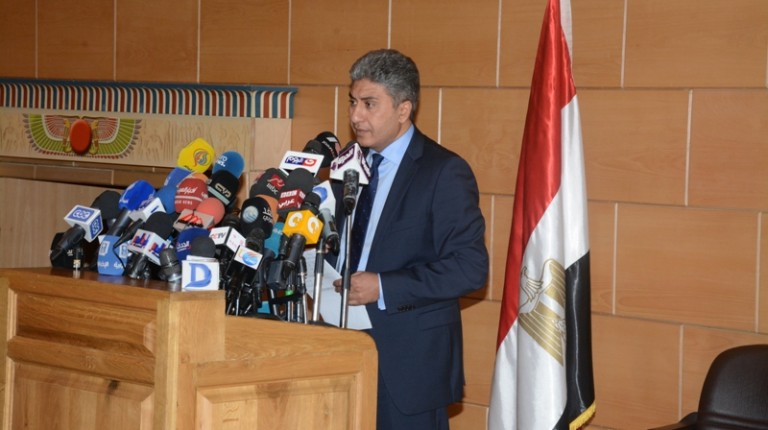 For the third time in less than a year, EgyptAir has witnessed another disaster. On Thursday at dawn, EgyptAir flight MS804 flying from Paris to Cairo disappeared over the Mediterranean Sea, killing all 66 passengers and cabin crew on board.

In October 2015, a Russian aeroplane that crashed in Sinai killed all 224 passengers and crew on board. The Islamic State claimed responsibility for the incident; however, for months after the crash, the Egyptian state denied that the aeroplane went down as the result of a terrorist attack. The government said it would not commit to any cause until investigations are complete.

In late March, an EgyptAir flight that departed from Borg El-Arab airport near Alexandria was hijacked and forced to land in Cyprus. The hijacker, an Egyptian man, allegedly rerouted the plane to Cyprus in order to see his ex-wife. The suicide belt he was wearing turned out to be fake. Passengers were successfully rescued and returned to Egypt a few hours after the incident.

The EgyptAir aeroplane that disappeared over the Mediterranean was carrying 56 passengers, seven crew members, and three security personnel. According to figures published by EgyptAir, the majority of passengers were Egyptians, 30, followed by 15 French nationals, two Iraqis, as well as one national each from Britain, Belgium, Kuwait, Saudi Arabia, Canada, Portugal, Algeria, Chad, and Sudan.

According to initial reports from EgyptAir, the last point of contact took place 174 miles from the Egyptian coastline.

Egypt’s Civil Aviation Minister Sherif Fathy did not confirm that the aeroplane had crashed during a Thursday press conference. “I will maintain that the aeroplane is missing until we have further evidence, such as wreckage and the like,” Fathy stated.

Egyptian authorities said search and rescue efforts are being carried out with cooperation from French and Greek personnel.

Greek TV reported on Thursday that aircraft wreckage had been found in the southern Mediterranean sea near Karpathos island, according to Reuters.

But the Athens News Agency reported that the located debris–believed to be linked with the aircraft–consisted of two orange objects that were found 200-230 miles southeast of Crete, quoting sources from the Greek Defence Ministry.

Greece’s national defence minister Panos Kammenos said that the aircraft “was flying at 37,000 feet and had just entered Egypt’s Flight Information Region from Athens when it disappeared on the radar. It had carried out a 90 degree turn to the left, under unexplained conditions, followed by a 360 degree right-hand turn that brought it spiralling downward to first 15,000 feet and then to 10,000 feet, before it vanished from the radar screens entirely.”

The Egyptian civil aviation minister did not rule out different reasons for the aircraft’s failure, including terrorism-related theories mentioned in the press, but he asserted that he could not confirm any of it.

Fathy rejected technical-related issues, whether during the flight or before it left Charles De Gaulle airport, saying that the aircraft’s flying capacity was up to six or seven hours. He implied that a terrorist act could be the stronger explanation.

Unlike Egypt, French authorities established early on that the aeroplane had crashed. French President François Hollande announced that an investigation would be launched into the incident, and terrorism would not be ruled out.

Other officials were more in favour of terrorist motives, such as director of Russian Federal Security Service (FSB) Alexander Bortnikov, who was cited as saying by the Russian News Agency: “it was most likely a terrorist attack that killed 66 people from 12 countries”.

Conflicting reports emerged about whether the aircraft had sent distress signals prior to its disappearance from the radar. While EgyptAir first reported that such signals were received by the Egyptian Armed Forces rescue operation, the military spokesperson denied the claims.

When asked about it during the press conference, Fathy said it had been “mistaken and inaccurate information”. The Pentagon reported that US satellites did not detect any signs of an explosion.

Egyptian President Abdel Fattah Al-Sisi held an emergency meeting with members of the National Security Council on Thursday to discuss the incident.

A320 is the most secure aircraft model: Airbus