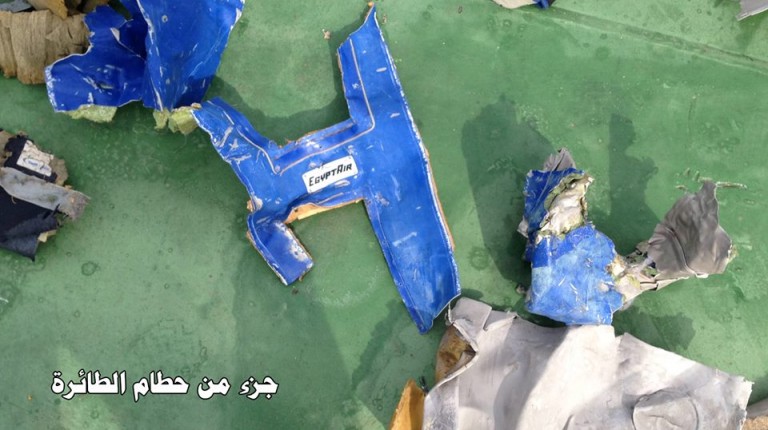 Photos showing debris from the crashed EgyptAir flight MS804 were published by the Egyptian Armed Forces on Saturday, offering some of the first pieces of evidence from the incident.

The photos depict torn life jackets, seats, and parts from the damaged aircraft.

The military said the search for the body of the crashed plane is still ongoing.

The Egyptian government, however, have not publically announced that the flight’s black box has been located.

The EgyptAir flight flying from Paris to Cairo disappeared on Thursday morning over the Mediterranean sea. The Egyptian Armed Forces announced Friday that parts of the aircraft had been located 290km from the Alexandria coastline.
To be updated

Victims of EgyptAir crash mourned as their life stories emerge

Fire on board more likely than terrorism scenario in EgyptAir crash