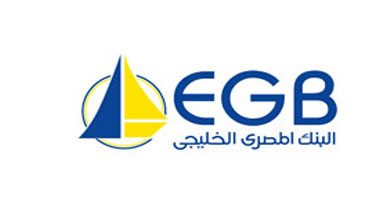 The profit of the retail banking sector represents 27% of the Egyptian Gulf Bank’s (EGB) total profits last year. The bank is targeting to raise the sector’s profit to 30% this year, said senior general manager of Retail Banking at the bank, Sherif Farouk.

The volume of the bank’s retail banking portfolio was EGP 1.1bn at the end of last April.

The bank is targeting approximately 20% growth in individuals’ loans to raise them to EGP 1.4bn by the end of this year by offering a package of new products for the sector in the next period.

The EGB has topped the list of the fastest growing banks last year with a growth rate of 71%, according to the sixth annual Business News Index, which measures the performance of banking sector indicators.

The EGB has achieved a significant leap in the size of its assets, which were EGP 23bn as of the end of December 2015, compared to EGP 11bn in December 2014.

The bank’s loans and facilities portfolio amounted to EGP 8.9bn as of the end of last March. The bank is targeting a 20% growth in this portfolio for an increase to EGP 11bn, according to Farouk.

He added that the bank pays attention to the financing of national projects, especially the Suez Canal Area Development Project owing to its economic importance and support for economic growth.

The bank has finalised the redistribution of the sector’s customers in accordance with the specific financing segments and definitions issued by the Central Bank of Egypt (CBE) in December. Its current portfolio ranges between 10% and 12% out of the total financing portfolio of the bank.

The bank obtained the CBE’s approval to open 15 new branches and plans to open them all this year, increasing EGB’s total number of branches to 34 from 19 branches. The EGB is also intending to launch four small branches, in accordance with its targeted expansion strategy for 2016. The bank is currently working to determine which areas it will expand to, according to Farouk.

The EGB has completed developing its technology systems and providing its branches with the most modern, up-to-date networks. Moreover, the bank contracted with a company to install 120 new ATMs.
The bank has put expansion in the retail banking sector and increasing the sector’s customers segment with at a good rate at the top of its priorities—in line with the CBE’s instructions.

IMF expects Egyptian economy to grow by 3-3.5% this fiscal year