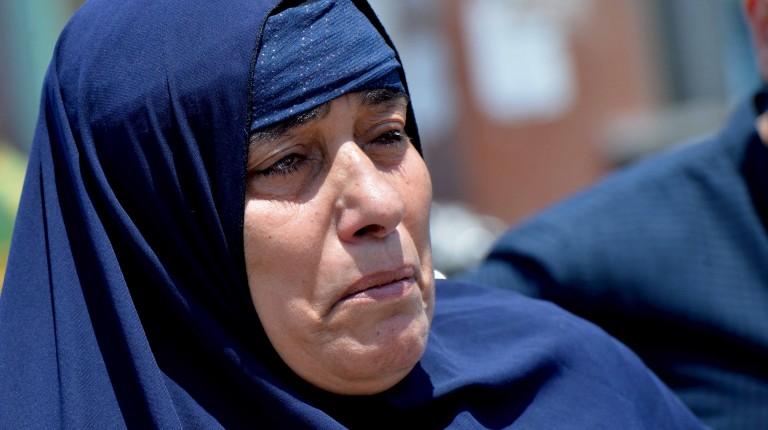 “We were awakened at 5:30 in the morning by a telephone call from the airport,” recalled one family member, as a funeral proceeded for one of the victims of EgyptAir flight MS804.

“We tried to console ourselves and convince ourselves that it could be anything else other than the expected tragedy. Even when the minister spoke, we thought maybe…until news came this morning that the debris had been found … that changed everything for us,” the family member told Al-Bawaba news.

Sixty-six people, including 56 passengers and 10 crew members and security personnel, died in Thursday morning’s aeroplane crash. The EgyptAir flight had been travelling from Paris to Cairo when it went off radar in the early hours of the morning as it was approaching the Egyptian coastline from the Mediterranean Sea.

As it became clear that all lives onboard had been lost, condolences and expressions of sorrow collected from across the world as the families of the crash victims entered a period of mourning.

As Thursday progressed, conflicting reports over the aeroplane’s disappearance emerged, with some governments reporting early on that it had crashed into the sea. On Friday the picture became clear, as the Egyptian Armed Forced had located debris from the aeroplane crash off the coastline of Alexandria.

On Saturday, EgyptAir referred to the victims as “martyrs” in a press statement. The airline said it would continue to inform the families of the victims of the latest developments, which includes the process of collecting human remains and examining DNA to return the victims home. The process could take several weeks, said EgyptAir, depending on how the search in the Mediterranean proceeds.

Hundreds of people gathered Friday to attend funerals and prayer sessions for the victims, joining and supporting families and friends. As time progressed and the names of the victims were learned in the press, their stories and purposes for travel were shared by family and friends. 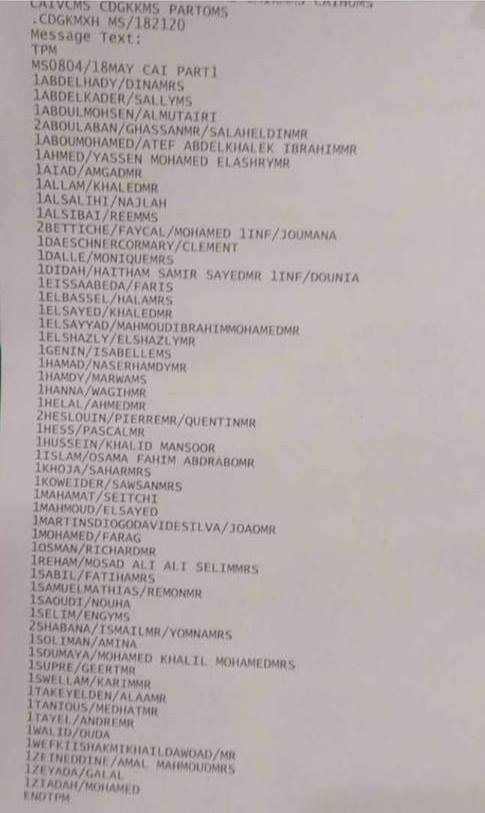 Those who knew the victims shared stories and messages of condolence and sorrow on social media platforms and with news outlets.

An Egyptian female academic from the Modern Academy for Computer Science and Management, in the Faculty of Engineering and Technology, was reported to have been among the victims, according to the academy’s The Insider.

Teacher Assistant Reham Mosaad and her husband Ahmed Al-Ashry also died in the crash, leaving behind three children. According to The Insider, she was returning to Cairo after spending a month in Paris, where she was being treated for “a fatal illness”.

“After [Mosaad’s] father recently passed away, her husband spared no effort in relieving her pain and trying to keep her alive. He sold everything he owned in order to do so, hoping to find a cure [for her disease]. He finally decided to travel to Paris to look for hope. Even though he was advised to stay in Egypt and accept God’s will, but he insisted on travelling with her,” The Insider reported on Thursday.

“The couple leave behind three children who are not old enough to realise that they will wait [for their parents’ return] forever. May God bless their souls and grant their children and family patience,” The Insider continued. 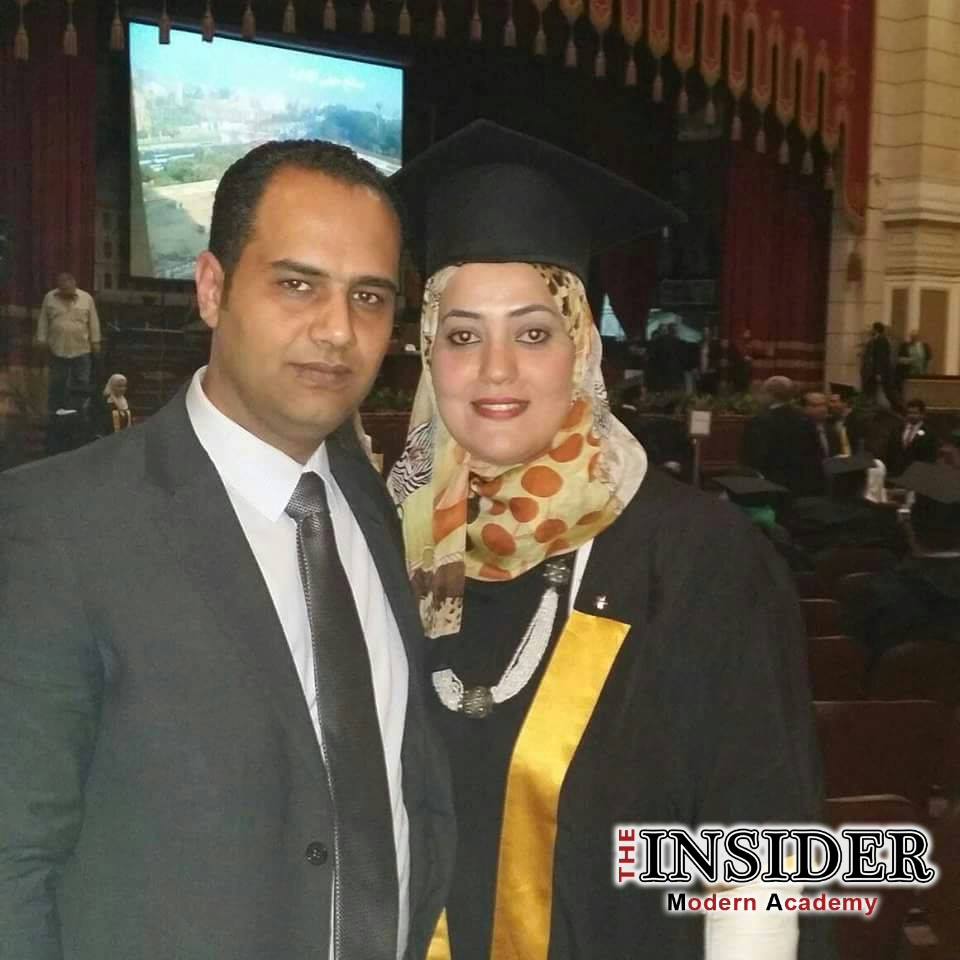 Egyptian film director Osman Abou Laban lost four family members in the tragedy. “Rest in peace, my uncle Salah Abou Laban and his wife, his son Ghassan, and his son’s wife,” he posted on Facebook. The family’s funeral was held at Al-Sultan Hussein Mosque in Cairo following Friday prayers.

There was almost a 24-hour time lapse between the first instance of reporting on the aeroplane’s disappearance and the Egyptian authorities announcing that it had crashed, despite statements early on by other governments that the plane had gone down into the sea.

Waiting for news would prove to be agonising for the victims’ relatives, some of whom gathered at the airport to wait for the aeroplane’s arrival. As the news became grim, victims’ family members were transferred to a nearby hotel.

All the while, Civil Aviation Minister Sherif Fathy maintained use of the term “missing aircraft”, saying that “until wreckage was found, there would be no referring to a plane crash”.

Before the crash was confirmed, one relative of the same family wrote on Facebook: “Some of our dear family members with their newly married son, wife and child were on the EgyptAir aeroplane (flight MS804) coming from Paris to Cairo, which disappeared this morning. Details have still not been revealed whether it crashed, was attacked or if there are any survivors. If anyone works in EgyptAir or has any updated information please inbox me. Hopefully things will be alright.”

Later in the day, the man grieved over his friends’ death, posting: “As humans, when we lose someone, we experience grief. Yet, we have faith and trust in the all merciful and in his timing and the divine justice behind his actions. If some orphans stayed behind only God would take care of them in his way, which we may or may not always understand.” 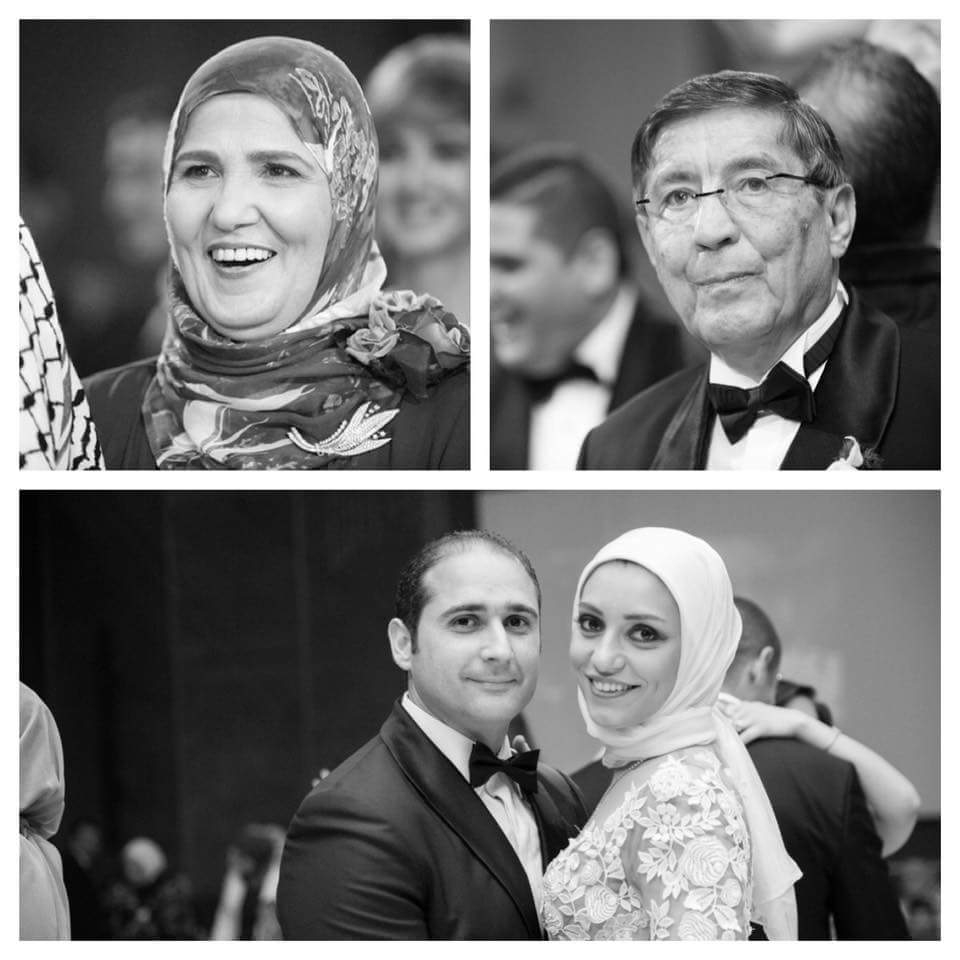 Among the victims was Egyptian-Canadian Marwa Hamdy, the mother of three. The Hayah International School in Cairo made an announcement Friday saying: “It is with a heavy heart that Hayah announces that Ms. Marwa Hamdy, the parent of Ahmed, Ali, and Mohamed Takreem (grades 11, 7, and 4) was on the EgyptAir flight from Paris”.

Marking a period of mourning with a black picture on Facebook, the school said Hamdy was “a devoted and loving mother, greatly appreciated by everyone who has had the chance to interact with her. Her children’s teachers and Hayah parents who know Marwa personally speak of her dedicated and supportive nature. She was always there to offer a helping hand with a pure smile. Our heart and prayers go out to her and her family” .

Her sister announced that Hamdy’s funeral would take place on Sunday.

Renowned Egyptian-British geologist Richard Osman was also onboard the flight. The British community mourned Osman’s death. “Mr. Osman is a qualified geologist and worked for exploration and research companies which involved him travelling widely around the world,” reported the Carmarthen Journal.

Fourty-year-old Osman was said “to have been deliriously happy at the birth of his daughter Olympe. Born at the end of April, she was Mr. Osman’s second child with his 36-year-old French-born wife Aurelie,” reported The Telegraph.

Procter & Gamble officials also confirmed that an Egyptian manager at the company’s branch in France, Ahmed Helal, 40, was among the victims.

“We are in touch with the family and are offering them our full support during this difficult time. Our thoughts and prayers are with them, and all the affected families,” said the company’s spokesperson Damon Jones, according to a report by The Cincinnati, which added that Helal had a wife and child.

An entire Algerian family was among the victims, including an infant child. Faysal Bettiche, his wife Nouha Saoudi, and their eight-month-old daughter Joumana and two-year-old boy Mohamed were identified as the victims, according to Al-Huffington Post Maghreb-Algerie.