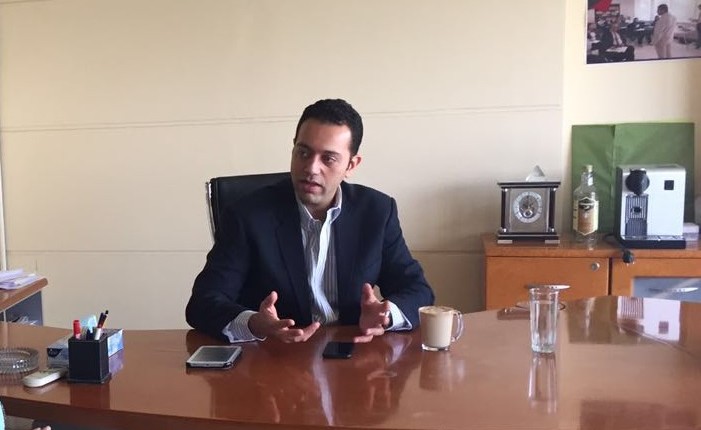 ERA Commercial is a US multinational company with 3,000 branches around the world across the United States, Europe, the Middle East, and Asia. The company has been operating in the Egyptian market since 2004 in the real estate sector for commercial, administrative, retail, and residential properties. The company has four branches in Egypt located in Fifth Settlement, Maadi, Heliopolis, and Smart Village.

Daily News Egypt interviewed Commercial Egypt CEO Mohamed Younis to talk about the company’s business and his expectations for the real estate market.

What business does ERA conduct in Egypt?

We market several exclusive projects, whether residential, administrative, or commercial, as well as marketing logistic projects such as storage, factories, industry, and import and export in logistics areas.

We collaborated with the Egyptian government for the first time in 2012 in marketing a commercial mall at Ramses Railway Station [Mahatet Misr]. We managed to rent out spaces in the mall to international brands such as KFC, DHL, the National Bank of Egypt (NBE) coffee shops, and other brands.

We cooperated with the Egyptian government for the second time in 2015 through the Internal Trade Development Authority (ITDA), affiliated with the Ministry of Supply. We managed to attract Fern Pro, an American company, to buy the first land offered by ITDA.

The authority allocated land in every governorate to launch projects to promote internal trade to implement logistics projects in Tanta on an area of 82 acres (340,000 sqm) for 75 years. We managed to convince Fawaz Alhokair Group to launch a regional mall in Tanta on this land on an area of 100,000 sqm. Furthermore, the project’s components include a social club on 60,000 sqm and hotel on 10,000 sqm. We are currently in the marketing phase of the project, we delivered a large part of the project and I think the marketing of the project will peak in the coming period.

United Pharmaceutical Company, one of the biggest companies for distribution of medicine, bought 25,000 sqm for building stores. In addition, we market the other parts of the project to food companies and other pharmaceutical companies. All lands and units will be delivered by the end of the year.

What is the size of the project’s investments?

The size of investments in the projects has reached EGP 1.6bn

Do you have other projects in cooperation with ITDA?

We managed to market other land in Damanhour on an area of 280,000 sqm.

The size of the total land would be divided to 200,000 sqm for a commercial mall and the other 80,000 sqm is for a logistics area for light industries, companies’ stores, and other things. The project investments amount to EGP 600m.

Moreover, we have a third project inside the logistics projects that the company markets in Wadi Hof in Helwan, Cairo on 300,000 sqm. The company contracted with ITDA to market a commercial area on 46,000 sqm of the total land.

Total investment in the logistics projects is EGP 2.4bn in 2016 so far.

We are still working with the ITDA in the rest of the governorates, thus next time we will market lands in Upper Egypt governorates and Suez Canal governorates [Ismailia, Suez and Port Said].

What new projects will be launched in the coming period?

We will pre-launch a new project in June and the official launch will be after Ramadan. This project consists of small commercial offices in Fifth Settlement. The size of offices starts from 35 sqm. The price in administration is EGP 25,000 per sqm; however, our price ranges between EGP15,000 to EGP 18,000 per sqm. The project is on an area of 10,000 sqm and includes a bank, coffee shop, restaurant, and pharmacy. The project is divided into medical and commercial areas.

Which are the most promising areas besides Cairo?

Commercial offices in Mansoura are in the highest demand after Cairo, then Tanta, followed by Kafr El-Sheikh and Sharkya. Besides Assuit, then Minya, followed by Sohag, Luxor and Aswan.

Is there is a tendency for real estate developers to expand into other areas away from Cairo?

Many developers wish to invest in regions outside Cairo, such as Tanta, Damanhour, Mansoura, and Upper Egypt governorates, for example, or Assuit, Minya, and Sohag. These areas are characterised by high costs of land per square metre. In Assuit the price per square metre reaches EGP 60,000 to EGP 80,000, while in Mansoura it can be EGP 100,000 per square metre.

There are always requests from developers to study the market in governorates in order to launch projects. However, it is harder to obtain licences in certain governorates, unlike in Fifth Settlement, for example.

What is the role of the company regarding the partnerships between real estate companies?

We focus on big investment opportunities inside big companies which have a large land bank and don’t use it well. We approached these companies and presented them with opportunities and how best to use these plots of lands to achieve the best revenue. If these companies are public business or corporate and do not have the solvency to build partnerships with other developers in order for the projects to succeed and for the lands not be exploited.

The first partnership we formed was between Zahraa Maadi for Investment and Development and La Vista Developments to develop land in Sheikh Zayed region in west Cairo. The project was launched in February 2016 for the residential (upper-middle class) and commercial markets. It achieved great success, as its sales over two months reached EGP 600m.

How many projects does the company market?

We market about 60 projects, about 40 of which are residential.

Who are your clients?

Which price range of units is in the highest demand?

What are your expectations for growth in the real estate market?

We are the only people who buy first, second, and third homes. Therefore, we are constantly buying and trading in the real estate market.

The fastest-growing areas would be governorates in the coming period, especially those with services, and both a commercial and residential market. Grade “A” in residential units will see a slowdown in sales, whereas “B” and “C” will grow.

Fully completed small commercial units will see a great growth as there is a big gap in this market. This market needs at least 50,000 sqm inside Cairo to absorb at least part of the gap.

What is the rate of occupancy in Fifth Settlement?

What are the obstacles that hinder investment in the real estate market?

Firstly, the instability of the Egyptian pound’s value against the US dollar, this concerns any foreign investor in the sector. Secondly, land prices have become extortionate. Lastly, bureaucracy makes obtaining licences and permits very long and arduous.