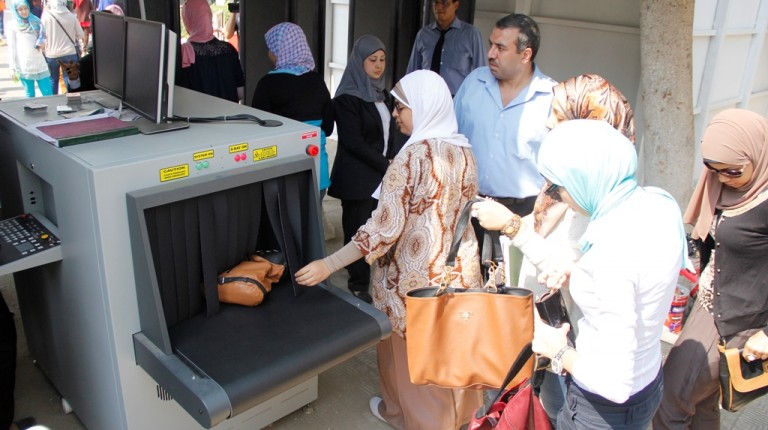 Falcon Group is preparing to establish the first factory producing walk-through security gates and explosive detectors in Egypt in cooperation with one of the largest factories specialised in these devices globally, according to CEO and managing director of the group, Sherif Khaled.

Khaled refused to disclose the name of the foreign partner or the size of investment expected to be pumped into the factory, saying only that the agreement for this factory will be signed and all its details will be disclosed next month.

Khaled’s statement came while receiving a high-level media delegation on the sidelines of the company’s celebration of the opening of its new headquarters in New Cairo along with the opening of the largest cash centre for counting and checking money in the Middle East.

The next days will see the beginning of operations of Falcon National for Security, a non-profit company established through cooperation between Falcon Group and a number of governmental bodies in order to secure a number of vital places in Egypt, with airports on the top of the list, said Khaled.

He added that the company will launch a public relations company within a month with the aim of promoting Egyptian tourism.

Falcon Group is a specialised company in the field of security, facilities protection, money transfer, public services, and project management, technical, and security systems, and tourism marketing. Commercial International Bank (CIB) is one of the largest shareholders in the company.

The company is securing a number of significant financial institutions including about 26 banks, in addition to a number of diplomatic bodies and universities. The company is also involved in securing political and sports events.

With regard to the cash centre Falcon established, Khaled said that it includes the most modern devices of counting and checking money in the Middle East. The centre prepares approximately EGP 300m daily to feed the ATMs managed by the company or deliver them to banks along with delivering the damaged money to the Central Bank of Egypt to replace them with new ones.

Falcon also opened a show room exhibiting the newest security devices the company uses to secure banks and different facilities, in addition to the explosives and weapons detectors and firefighting devices.