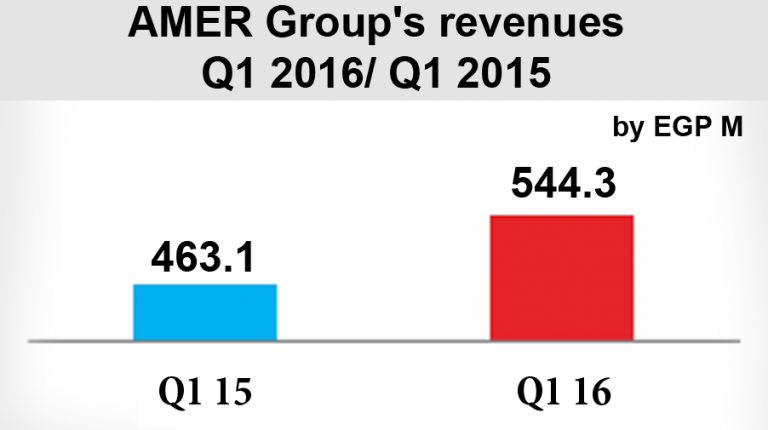 Porto Group achieved a consolidated revenue of EGP 191m in the first quarter (Q1) of 2016, while achieving a gross profit of EGP 68m with a gross profit margin of 36%.

The company attributed the increase to the high frequency of delivery of villas in the Porto October and Porto Cairo projects. The company delivered over 82 units during Q1 2016.

According to the financial results for the fiscal year that ended on 31 March 2016, Porto Group achieved an operating profit of EGP 26m, with a margin of 14%.

Further, the net profits after taxes and minority rights reached EGP 28m with a margin of 15% and the total assets amounted to EGP 3.9bn, with a growth of 5% compared to December 2015.

Porto Group (PORT.CA), a leading company in real estate development, is an Egyptian joint stock company founded in 2015 and separated from Amer Group. The company develops real estate projects at new communities and is working to develop housing units in east and west of Cairo, in addition to seasonal units as well as commercial units.

The report mentioned that AMER Group’s gross profit amounted to EGP 138m, with a gross profit margin of 25.5%. The net profits after taxes and minority rights reached EGP 68m, with an annual increase of 36% and margin of 12.5%.

The company said the real estate sector continues to represent the largest proportion of revenues compared to other sectors that amounted to 81% of total revenue, while the catering sector represented 10% of the company’s total revenue and the hotel sector 3.1%.