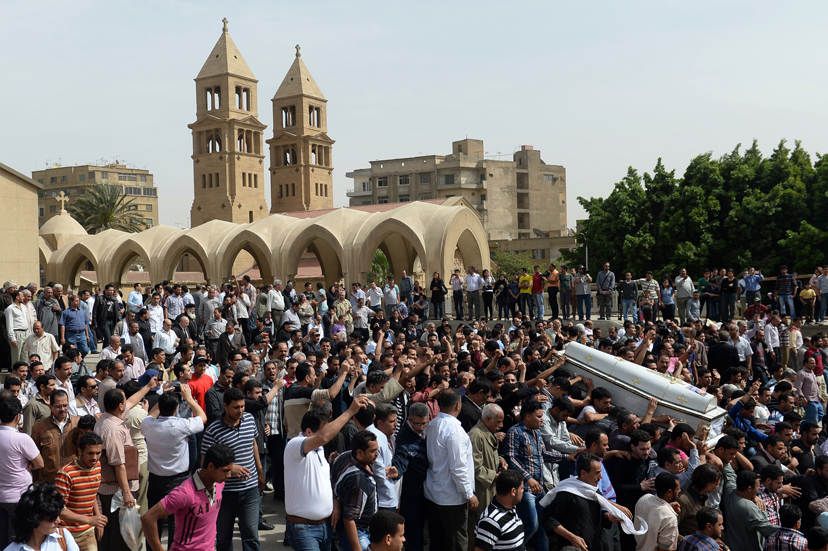 Five people were arrested on Thursday as police is intensify their efforts to arrest perpetrators in the incident of sectarian strife in Minya last week.

The Ministry of Interior said in a statement that the prosecution ordered the detention of the five.

Previously another six men were arrested also in connection to the incident.

The Coptic Orthodox Church issued a statement on Wednesday revealing the details of the incident, which was brought to the attention of the church after one of the victims came forward on Wednesday to complain to church officials about what happened.

Soaad Thabet, 70, was forced out of her home by an angry mob on Friday, dragged in the street, beaten, and had her clothes ripped off, according to a statement by the archbishop.

The incident began when a rumour about an alleged affair between Thabet’s son, Ashraf, and a Muslim woman sparked tensions in Al-Karam village in Minya, leading to threats against Ashraf who subsequently left the village. One day later, a group estimated at more than 200 people looted and torched at least seven homes belonging to Coptic families, according to the archbishop’s statement.

Meanwhile, Muslim religious officials have been mobilising to solve the conflict in what is known as extra-judicial community justice meetings, which includes old figures from the different sects, whereby a truce or peace is reached. The act is usually attended by governmental authorities and security personnel.

The Egyptian Family Organisation, an unofficial religious body, hinted in statements that “relatives of the Muslim suspects in the incidents are ready to reconcile with their Coptic counterparts”, as reported by state media.

A delegation from Al-Azhar is expected to visit Minya on Friday to meet with their Coptic counterparts and families.

A report by the Egyptian Initiative for Personal Rights (EIPR) on June of last year regarding the response by local communities to sectarian tensions, claims that the sessions to address community problems have a negative effect.

The report documented the use of “customary reconciliation sessions” in which figures of a local community gather to resolve disputes, typically between Christian and Muslim families.

The use of these sessions’ though long established, spiralled after the ouster of Morsi and his Muslim Brotherhood regime in July 2013, with over a third of Egyptian governorates documented as using them, especially in Minya.

When incidents such as the above occur, one of the main reasons that local communities turn to customary reconciliations sessions is that they are a quicker and cheaper method than going through the official legal system, which can take years to resolve disputes.

While the majority of customary reconciliation sessions occur in the countryside and away from the seat of the government in Cairo, some have also taken place in the capital.