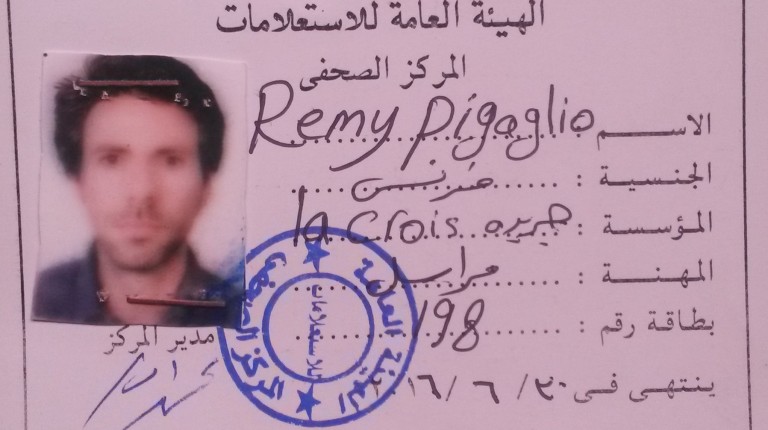 Rémy Pigaglio, a French journalist who was deported by Egyptian authorities Tuesday, said he was registered at the local foreign press centre affiliated to Egypt’s System Information System (SIS), according to regulations organising the work of foreign correspondents.

This comes after the centre had earlier claimed the opposite. An employee at the centre told Daily News Egypt over the phone Wednesday that Pigaglio was not accredited, in response to an inquiry by the authorities.

However, Pigaglio spoke to Daily News Egypt and asserted that he was indeed registered, and provided a copy of his press card, which is valid until June 2016. 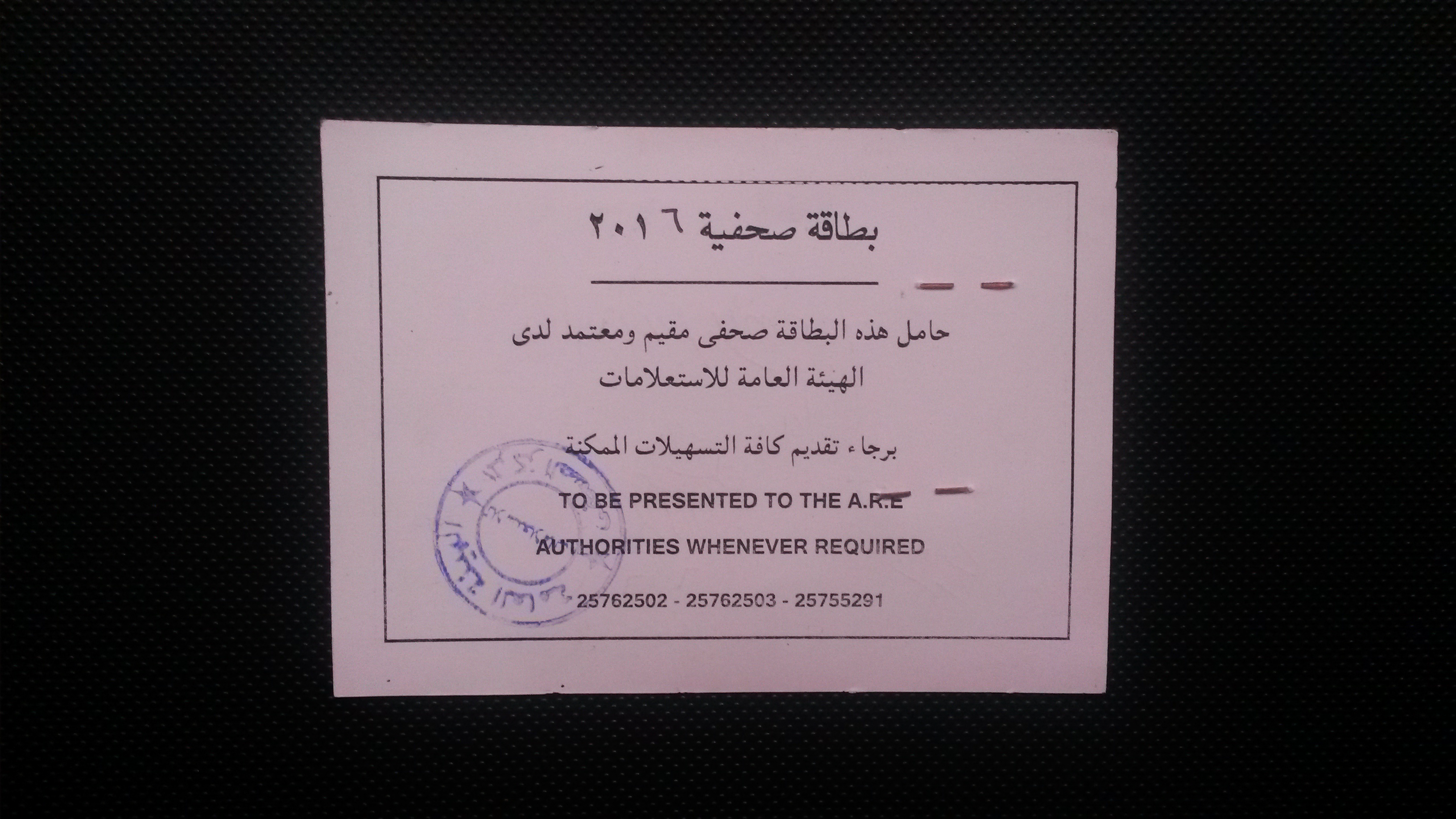 Daily News Egypt contacted the press centre once more on Saturday regarding the centre’s previous comment that Pigaglio was not registered. The centre said there must have been an unintentional mistake in the information presented, and confirmed that Pigaglio had accreditation with the centre.

Pigaglio was stopped on Monday at Cairo International Airport and subsequently deported the next day, as confirmed by his employers at La Croix on Wednesday.

“I had been working as a correspondent for La Croix since August 2014, as well as other news outlets such as RTL. I was returning from vacation in France and had no worries since my papers – visa and press card – were valid,” Pigaglio said in a video testimony for La Coix following his departure.

“Following several inquiries on my behalf, I was told that I was banned from entering the territory. I had and still have no idea of the reason,” he continued.

La Croix reported that the French Foreign Affairs Ministry denounced the incident, amid an absence of an official response from Egypt. Ministry of Foreign Affairs spokesperson Ahmed Abou Zaid confirmed to Daily News Egypt Saturday that the Egyptian and French ministers have been communicating about the issue but that there will be no official statement from the ministry.

Asked about the validity of Pigaglio’s status given his registration at the press centre, Abou Zaid said he did not know whether the press card was a temporary or permanent one.

“In some cases, permits for foreign journalists are issued on a temporary basis until the processing of the applications and approvals is complete. Temporary cards do not guarantee the approval of their stay, and the state can refuse their presence at any point before it is made permanent – even if the journalist has been working in Egypt for two years,” Abou Zaid commented.

In a testimony he wrote for La Croix, Pigaglio explained that his passport was confiscated at the beginning of his detention, then his mobile phone, after he was able to contact the embassy and other journalists via Whatsapp – then his laptop, all of which were returned to him before he left Egypt.

Pigaglio, who described how he spent a night in a detention room, said he was assisted by embassy officials but the decision to expel him was not revoked.

“There was no mistreatment whatsoever and I was put on board the plane on a 9pm flight Tuesday,” the journalist further told Daily News Egypt.

Pigaglio asserted he was never interrogated. Asked if he knew the security apparatus which dealt with him, he said that according to the police officer who escorted him to the aeroplane, it was the Ministry of Interior’s Travel Documents, Immigration and Nationality Administration (TDINA).

“The only people I dealt with were the airport-based police. I saw no other type of security bodies. They never showed me any documents banning my entry to Egypt,” Pigaglio stated.

A statement issued by French reporters in solidarity with Pigaglio expressed anger at the treatment of their colleague, and journalists working in Egypt in general.

In comments to La Croix, Pigaglio said the situation for press workers has been degrading, especially for Egyptian journalists who are repressed and arrested by the dozen. Several have had tense relations with the authorities for years.

“It is complicated for Egyptian journalists, especially amid state oppression imposed on any opposing voice. As foreign correspondents, we are more protected given our foreign status but relations with authorities and the police remain difficult,” Pigaglio told La Croix.

“We know there are topics the state is sensitive about, but I have been covering what my colleagues have covered when it comes to reporting on oppression. The recent decision makes me worried about my colleagues, because you never really know where the red line is,” he added.

On several occasions, foreign researchers and journalists have been denied entry to Egypt – sometimes on grounds of not obtaining pre-entry authorisations.

Egyptian civil society workers have also been stopped at the airport and banned from traveling.