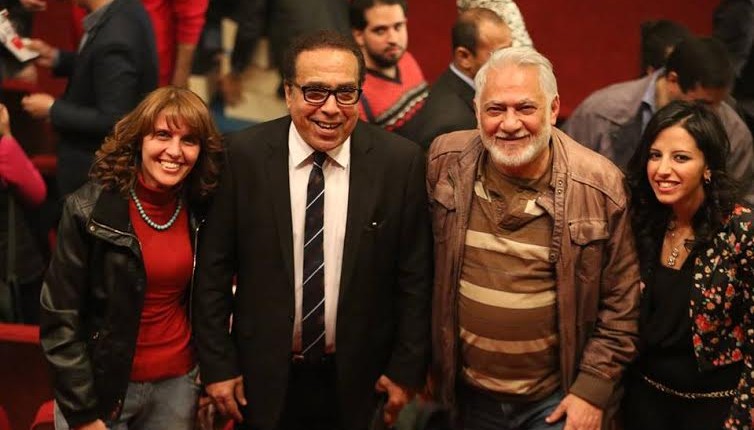 Her elegance, modesty, and remarkable talent captured the hearts of millions of fans both here and abroad. In honour of her memory, the second Faten Hamama independent film festival will be held from 27 to 30 May.

The festival aims to support novice talents and provide an opportunity for independent filmmakers to screen their artistic works and discuss them with the audience. This festival will also honour the well-know actress Sherihan and the folk dance icon Farida Fahmy. “This festival is totally independent and is funded by Magica House company with the aim of honouring the iconic actress Faten Hamama and her long artistic history that enriched Egyptian cinema for decades,” said Maggie Anwar, the founder of the festival and a close friend to the late actress.

Unlike other festivals that screen films in specific venues, this festival allows the participating films to travel to different governorates all over Egypt as well as to different Arab and European countries. To achieve this goal, Anwar organised several agreements to screen the festival’s films in different places across Cairo, Alexandria, Mansoura, Beni Suef, Khartoum, Syria, Finland, Rome, Burkina Faso, and others.

“I also signed an agreement with an Italian website that cares about Egyptian and Arabic-language films and another Egyptian website to upload the films so they can be watched at any time,” she added.

Although Anwar used to hold another festival in Mansoura for three years, organising this festival was not an easy task at all.

“I work as a director and producer and I pay out of pocket for the costly preparations of this festival. However, I believe that people deserve to see good films and similarly, the filmmakers also deserve to have their films screened in a suitable way,” she noted.

The application was open on the website to any filmmaker whose film conveys a good message in a creative way regardless of the types of the cameras used in the shooting.

“This year, we received about 400 films from Egyptian, Arab, and European filmmakers. They were reviewed by our watching and selection committee who chose certain films to participate,” she explained.

However, Anwar does not believe in classifications. “In the digital age, an amateur filmmaker with a mobile camera can make a good film that can compete with films produced using the latest technological equipment,” she added.

The screenings will start on 28 May in different venues in Garden City and Maadi, then the participating films will travel to Bibliotheca Alexandrina and others cinemas in Mansoura. Eleven awards will be given to the best documentary, the best animation, the best editing, the best soundtrack, and others.

“I hope we will be able to launch a separate syndicate for independent artists in Egypt and I hope to be able to raise more funds to be able to provide training for filmmakers over the coming years,” she added.

However, Anwar also considers screening independent films in ordinary cinemas for low prices. This will direct attention to the importance of the independent cinema and will increase its value in her opinion.

“My dream is to establish a section for women and children’s cinema. I want to urge children to produce films to tell stories about the world from their perspective. This will encourage them to learn more about the film industry,” she concluded.

Everything in us is emotional

In Video: In the memory of Faten Hamama