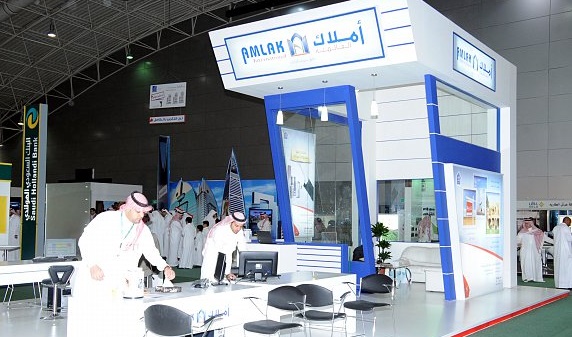 Investment experts identified five major challenges facing the launch of the Amlak sovereign property fund, which the government intends to make its investment arm for partnership with the private sector.

These challenges include finding the capital, estimated at EGP 5bn, under the critical financial situation of the country.

The second challenge is that vital sectors, such as tourism, are facing very difficult circumstances. This means that the state should focus on resolving them before launching new initiatives.

The third challenge is how to increase the fund’s capital, as EGP 5bn is relatively low compared to sovereign funds in other countries.

Aspects of investment constitute the fourth challenge. The fund will be required to balance between its development goals and the economic return targeted by investors.

The fifth and final challenge is the flexibility of the law in governing the work of the fund, including the proportional limit of the fund’s contribution to projects.

The government aims for the fund to implement projects that will attract EGP 50bn worth of investments from the private sector over the first phase.

Launching a sovereign fund has proven a successful idea in global markets, said CEO of Ridge Capital Ahmed Abdel-Ghany. However, the timing will enhance its chances of success.

Abdel-Ghany explained that the current period does not fit the initiative as we are still in the wake of the EgyptAir flight MS804 crash and its impact on Egyptian tourism and the overall economy. “Current circumstances should be resolved first, before initiating new enterprises,” he said.

The current economic conditions, including the high budget deficits or debt, should not hinder the fund, as the state can open the door for the public and financial institution to invest in it.

The sovereign property fund can promise the roles of direct and indirect investment, according to Abdel-Ghany.

The fund has the potential to significantly contribute to high-revenue investment projects, as an example of direct investment.

The fund can also act as a government guarantor to investors in infrastructure and housing projects, which counts as indirect investment.

The Angolan Sovereign Fund acted as guarantor for the government to pay its dues to Ridge Capital for implementing housing projects.

In Abdel-Ghany’s opinion, the main challenge facing the fund is administrative bureaucracy and the multiple licensing authorities. However, the sovereignty of the fund can overcome this obstacle and give it more advantages that will attract the private sector.

Another investment expert, Ahmed Ali, said that sovereign investments take different forms around the world, including funds that invest inside the countries and abroad, such as Qatar’s sovereign fund, the Abu Dhabi Investment Authority.

Another type of sovereign investment is the establishment of state-owned holding companies in several sectors. Those companies can be completely run by the state, or through partnerships with the private sector. Ali highlighted the government’s investment in Egypt as an example.

The government is trying to remove itself from the bureaucratic circle that surrounds the work of these investments to enjoy more flexibility in decision-making and freedom from the burdens of bureaucracy.

The fund will require a special low that gives it flexibility. Moreover, Ali said that the Central Auditing Organisation (CAO) should only oversee the fund’s internal operations, and not intervene with projects it is implementing.

The fund must have a clear objective. Ali explained that investors are always seeking economic return, even when entering partnerships with the state.

However, it should be flexible with the limit of contributions. Ali explained that if the fund fails to attract 80% of a project’s cost, it should not adhere to the 20% proportion stipulated and overcome it to proceed with the project.

At the legal level, an official source at the Egyptian Financial Supervisory Authority (EFSA) who preferred to remain anonymous, said that the authority would not interfere to approve the fund or to oversee it, unless the door for an IPO was open for investors.

The role of the EFSA is the examination of the information listed on the fund’s bulletin to ensure consistency with the Capital Market Law and ensure investors’ rights.

Founding partner of Hegazy & Associates in association with Crowell & Moring, Walid Hegazy, said the state will pen a new law for sovereign funds, and thus will restrict general laws, such as those concerning the government’s partnership with the private sector.

Additionally, the sovereign fund will not be subject to the provisions of the Capital Market Law. The government will be in charge of the funding, whether through financial surpluses, insurance companies or the proceeds of privatisation.

Consequently, Hegazy said that raising the capital will be the main issue in light of the worsening budget deficit and rising public debt.

Increasing the capital will also be a problem, as the initial budget stands at only EGP 5bn, while the assets to be added to the fund are expected to be EGP 5bn to 10bn. “This is not good for any sovereign funds,” he said.

Spending of the fund’s liquidity in existing government projects or state-owned companies will also be a challenge. “This will keep the state in a vicious circle,” Hegazy warned.

The Ministry of Planning’s adviser for follow-up and administrative reform, Ashraf Ghazal, said that the fund aims to invest in government assets, which include good growth opportunities, such as the Food Industries Holding Co.

The law’s most prominent legal limitations is granting the fund’s management to private companies, such as investment banks.

The law will determine the possibility of investing internally or externally, or both, as well as identifying the investment risk or the most preferred sectors. The roof of the fund’s contribution has been identified by the government as 10% to 20% so far.

Hegazy said that the bylaws of the fund should include details of the method of selecting projects and the maximum contribution to one project.

The bylaws will also explain the evaluation method so as to determine the time period for submission of financial statements of projects and performance indicators, which will evaluate the investment manager and set their fee or contract terms.