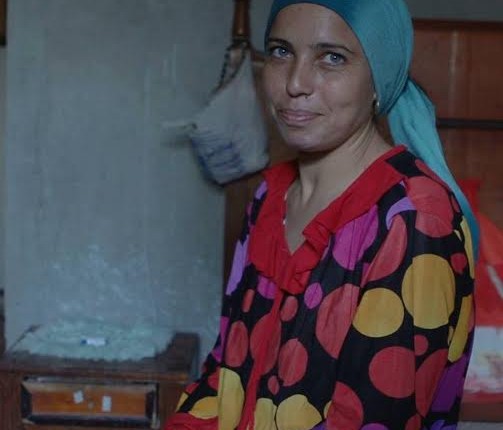 In a small village south of Assuit, it is a tradition to call any infertile woman Om Ghayeb or ‘Mother of the Unborn’.  Although these women continually try to integrate themselves into their society, they often feel alienated and underestimated.

To shed light on the sufferings, pains, hopes, and dreams of such women, Nadine Salib produced her first feature-length documentary about the life of Hanan, a woman who has been waiting for a child for 12 years.

Salib has previously produced another short film named Fajr or ‘Dawn’ that won two awards. However, she considers Om Ghayeb to be her masterpiece as it has been highly praised and received a large number of local and international awards.

When shooting her films, Salib usually keeps to a low budget and a small production crew. She is currently teaching filmmaking workshops and working on her first fictional film for children.

In an interview with Daily News Egypt, Salib explained why she selected the name Om Ghayeb for her documentary and revealed the challenges she often encounters when producing her films. She also spoke about her future projects.

Why did you choose the name Om Ghayeb for your documentary? What does it stand for?

I used to hear the name Om Ghayeb and think it sounded sad and poetic but I never knew the story behind it. I wondered why any woman would name her son ‘Ghayeb’ until I found out that it’s what infertile women are traditionally. The word ‘Ghayeb’ here stands for her awaited child. I was kind of fascinated and I simply wanted to make a film that would carry the same name.

What does this film try to convey and how does this message relate to Egyptian society?

I usually leave this to the viewer because I think films should provide different perspectives and each person can interpret it in their own way. The film was shot entirely in Egypt and all the characters are Egyptian. I selected a place that was rarely seen on screen to tell the story of people who are rarely depicted in films. I am kind of happy that the film gave them a space to express parts of their lives and thoughts.

How many festivals was your documentary screened at? How many awards did you receive?

What’s your opinion on the short films and documentaries industry in Egypt and the extent to which it helps in tackling societal problems effectively?

I cannot deny that there is an increase in the number of filmmakers who are interested in taking risks and producing alternative films that are different from mainstream films and that is actually great. Although I am not against mainstream films, I believe it’s also important to create a space to produce other sorts of narratives.

However, the main problem here is the production. Yes, there are more filmmakers but unfortunately, there are fewer numbers of producers who are willing to take this risk and produce such films. Distribution is an obstacle that most independent filmmakers will encounter. To be more precise, I don’t think that films should only tackle societal problems because I see the film as a wider medium.

How do you usually fund your films? Do you have any future projects or upcoming films?

Well, funds are the biggest problem we face because we don’t have any many institutions to support these kinds of films. Therefore, I receive funding from Europe, the IDFA and Hot Docs. The Arab Fund for Arts and Culture (AFAC) also supported the film a great deal. I cannot also forget the SANAD Film Fund which provided us with post production funding. I am currently working on my first feature film, which is a fantasy film for children.

When art aims to save people’s lives

Dawn of the designer babies? Here’s an idiot’s guide to human gene editing