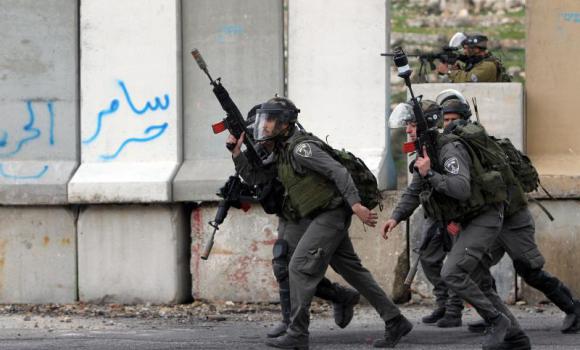 Arab ministries of foreign affairs are supporting the French initiative to revive the peace talks between Palestine and Israel and have urged for an established timeframe for the talks.

An international peace conference is supposed to take place in Paris on 3 June, a move that was welcomed by the Palestinians and opposed by the Israelis.

Israeli prime minister Benjamin Netanyahu commented on the initiative saying that the only way to progress is to conduct direct negotiations with Palestinians.

The final statement of the Arab ministries’ urgent meeting put an emphasis on creating a multi-sided way to end the Israeli occupation and establish the Palestinian state on the 1967 borders.

Palestinian president Mahmoud Abbas said that Palestine will participate in the international peace conference if it aims to achieve the vision of the two states.

Abbas added that the negotiation should have a known timeframe.

Arab League Secretary General Nabil Al-Araby said the aim is not to bring the two parties together but rather to identify a timeframe and techniques to impose what they will agree on.

Egypt will participate in the Paris conference, said the Minister of Foreign Affairs Sameh Shoukry.

“We hope that the conference will revive the first steps in the negotiations track between Palestine and Israel,” Shoukry added.

President Abdel Fattah Al-Sisi said Monday that Egypt will support any initiative that asserts that rights of the Palestinian people.

He also called on both sides to take advantage of this opportunity to achieve a peaceful solution.

The Israeli side expressed earlier its concerns over the conference as Netanyahu told the French foreign minister Jean-Marc Ayrault that Israel still opposes holding an international conference on the Palestinian-Israeli peace process.

“I told him the only way to advance genuine peace between us and Palestinians is through direct negotiations between us and them, without preconditions,” said Netanyahu.

The Israeli side seems to be afraid of any international intervention that may dictate terms.

Israel replied formally last month on the French initiative saying that anything other than bilateral negotiations “will give the Palestinians an escape from recognising Israel as the nation state of the Jewish people”.

Netanyahu: Africa has no better friend than Israel