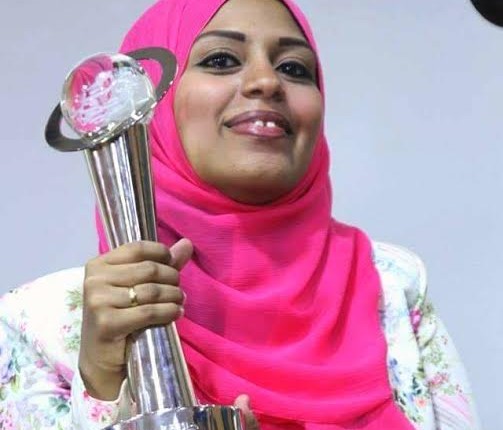 When she was a little girl, she was always fascinated by journalism and how it can express people’s sufferings and pains and give a voice to those without one. Although she was born and raised in Nubia, Hoda Zakaria decided to move to Cairo to pursue her dream of joining the faculty of mass communication at Cairo University.

Along with her studies, she decided to train in a number of well-know Egyptian newspapers and news websites. Although she is only 26-years-old, she is the deputy head of the investigation department at Al-Youm Al-Sabaa newspaper. Over the past four years, Zakaria has won four prizes, and two of them were awarded by the Women Committee at the United Nations and the Arab Reporters for Investigative Journalism network (Arij).

A few weeks ago, Zakaria’s investigative report about deceiving patients with stem cells won the Arab Journalism Award in Dubai, making her the first female Nubian journalist to win it. Although she was nominated for the prize before, this was her first time to win it.

“I’ve always been interested in writing human-interest stories that can touch each reader. I was attracted to writing about the current circumstances of African refugees in Egypt and the dangers of the chemical ingredients factories add to white cheese and how they can cause cancer,” she said.

Zakaria also wrote about 18 villages in Giza where thousands of children are handicapped and waiting for medical care, and published an investigative report about illegal abortion clinics in Cairo. To reveal such corruption, she is usually obliged to disguise as a worker in a factory or a woman whose friend needs abortion or a patient who seeks treatment with stem cells. However, before publishing the story, she prefers to confront the people she will write about and inform them with their right to defend themselves back.

“As a woman, it is never an easy task to uncover such corruption issues. It requires a challenging and adventurous spirit. I was threatened many times and I always prefer to hide the idea of my next investigative report from my parents because I don’t want them to worry,” she added.

In her opinion, readers’ comments on the news stories can be one of the most important sources to find ideas for new investigative reports. “Investigating the stem cells treatment in Egypt came to my mind after one of the readers commented that he was deceived by a doctor who claimed to know an alternative way of treating his disease,” she explained.

Zakaria was motivated to dig deeper and obtain more information about this patient and his case. She contacted him and asked to meet him to understand more details about the doctor and medical centre he works for.

“I didn’t want to publish the story as a complaint from one of the citizens. I wanted to reveal this Mafia and uncover all of their tricks,” she noted.

When she started searching to get more information, she found out that it is not an individual case because there are a large number of doctors who use stem cells to cure people of different diseases.

“I contacted the International Society for the Stem Cells Research to acquire information about the cases in which the stem cells treatment can be effective. Surprisingly, I found out that stem cells were proved to be influential in the case of blood cancer, although many doctors here claim to use it as a hair loss and skin care treatment or even as a medicine for diabetes and some liver disorders,” she added.

During her research, Zakaria discovered that some unspecialised doctors, especially physiotherapists, work in the field of stem cells, and conduct some surgeries. She also contacted many patients who were deceived. One of them has lost his sight and the other lost about EGP 30,000. She also contacted the family of a patient who died because of this treatment.

“I also discovered that international research centres resort to some Egyptian doctors to convince wealthy patients to seek treatment from new stem cells technologies outside Egypt. In fact, they never tell them that they will be treated as laboratory rats, where they will be exposed to clinical trials whose consequences are not yet known,” she noted.

Despite having a law that criminalises transferring people’s stem cells from Egypt to avoid mixing genes, many doctors were found to have suspicious contacts with centres outside Egypt that buy stem cells from inside Egypt.

“After publishing the investigative report in a series over four pages, the Ministry of Health issued a report that prohibits promoting stem cells as effective treatment for diseases in Egypt, especially in TV programmes that host beauty specialists and plastic surgeons,” she added.

In her opinion, revealing the truth and delivering it to people is the main psychological reward of her job. She currently trains novice journalists on investigative reporting as she believes it’s a way of reciprocating the favour of her trainers and professors.

“People need to change their stereotypes about Nubian women as many of them have achieved remarkable success especially in the fields of law, medicine, and journalism,” she concluded.

Jailed novelist Ahmed Nagi to be honored by PEN International