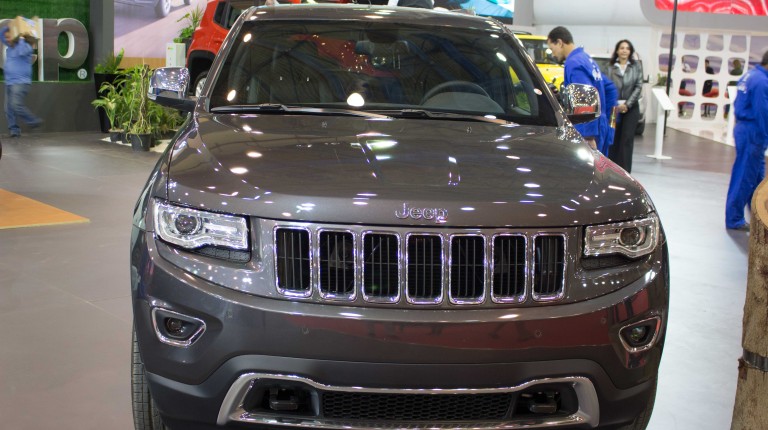 The sales of JEEP through its agent Fiat Chrysler automobiles in Egypt increased during the first quarter (Q1) of 2016 by 39%, supported by its new car Grand Cherokee.

Despite the US dollar problem, Jeep achieved sales of 787 cars during January, February, and March compared to 565 cars year-on-year (y-o-y).

The US brand sales included three models: Grand Cherokee, Renegade, and Wrangler. Grand Cherokee jumped to the first position by selling 356 units to achieve an increase in sales by 21%, compared to selling 294 units y-o-y.

Renegade sold 315 cars and occupies the second position, followed by Wrangler in the last position with sales of 116 cars, a decrease in its sales of 57% ratio compared to selling 271 units y-o-y.

Fiat Chrysler stopped its reservations of the Jeep Cherokee and Renegade.

Jeep increased its sales during the first two months of 2016 with a 50.1% rate supported by its new car Renegade.

Grand Cherokee comes in first for selling 257 cars with a 43% increase in its sales compared to 180 cars y-o-y.

Renegade sold 198 units to occupy the second position followed by Wrangler in the last position with 90 cars, a decline in its sales by 51% compared to selling 183 cars in a y-o-y comparison.

Jeep managed to occupy the 11th position in the best sellers list in February; the brand sold 229 units acquiring 2% of the market’s sales.

Hany Mousa, sales representative at Ezz El–Arab Company, said the worsening of the currency problem forced the company to stop the reservations on Grand Cherokee and Renegade, and there is a possibility this will continue until the end of the year.

The company is currently facing difficulties in pricing its cars.

The new prices will be specified by opening the reservations door.

He added that the company is committed to deliver Jeep Wrangler—manufactured locally—to the Ministry of Interior, the duration of the car delivery to customers has been prolonged to more than three months.