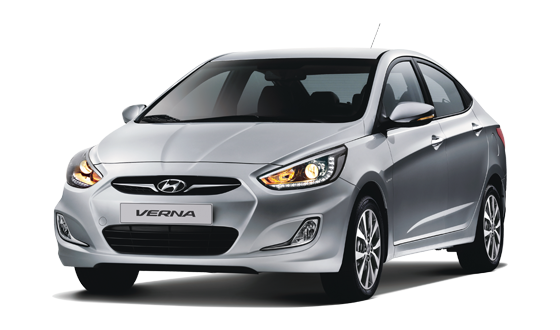 The US dollar shortage has affected the sales of Hyundai’s passenger cars during the first quarter (Q1) of 2016, bringing sales down by 24%. Over the first three months, Hyundai sold 8,906 cars, compared to 11,600 during the same period last year. Thirteen different models were sold, including Verna, Tucson, Creta, Solaris, Grand i10, New Elantra, Accent RB, Elantra HD, Elantra AD, i10, and Accent HB.

Verna topped the sales list of the Korean carmaker, even though its sales shrank by 45%. Only 3,446 cars were sold, compared to 6,306 in a year-over-year (y-o-y) comparison.

Tucson came in second place, achieving sales of 1,896 in three months. Creta and Solaris followed, having sold 681 and 499 cars respectively.

Sales of the New Elantra plummeted as well, by 60%, with recorded sales of 464 vehicles, compared to 1,174 in 2015. This decline came as Hyundai introduced Elantra AD to the Egyptian market.

Accent RB registered the worst drop, with sales falling by 70% to 416 cars only. The locally manufactured Elantra HD recorded sales of 350 cars in March alone, as the car was introduced during the Automech Formula 2016.

GB Auto, Hyundai’s agent in Egypt, had launched its locally-assembled Elantra AD and Elantra HD for the first time in Egypt during the Automech Formula 2016.

Passenger Cars Franchise Director at GB Auto Mostafa Abdelhalim said the company introduced both the Elantra AD and the locally-assembled Elantra HD at the Automech Formula Exhibition this year, which reflects Hyundai’s confidence in GB Auto.

He added that GB Auto stands out from its competitors, with 25% of the market going to Hyundai, owing to its after-sales services.

Moreover, Abdelhalim said GB Auto will inject EGP 75m in the after-sales services this year, which will be used to develop its existing 1,100 service centres, as well as 40 authorised distributors showcasing the companies’ cars in 118 showrooms.