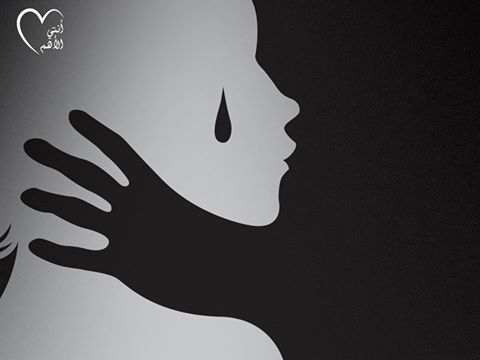 While working as a gynaecologist in a government hospital, Amr Hassan witnessed the violations women suffer through that he never knew really existed. Just like any other citizen of Greater Cairo who belongs to the upper-middle class, the closest point Hassan ever came to female gentile mutilation (FGM), physical abuse, or health ignorance was only through media portals.

This all changed when Hassan joined a hospital that mainly serves the low-income and met a pregnant 16-year-old girl who was suffering from pregnancy poisoning without knowing anything about the condition. “She was never allowed to follow up with a doctor throughout her entire pregnancy,” said Hassan. “Only a few days separated her from slipping into a coma and probably dying. However, none of her family bothered to take her to a doctor to check the symptoms she had been suffering from for a long time.”

A few days later, Hassan met another young lady in her mid-twenties who was forced into taking Tramadol (a low-priced drug widely distributed among the lower class and believed to help prolong a couple’s time of sexual activity) by her husband even though she was pregnant. He did this without putting into mind the negative effects it could have on the baby.

“Before joining the government hospital, I always heard about many cases of violations against women, but to see them in real life is different than hearing about them,” said Hassan.

After spending many years witnessing incredible number of violent cases against women, Hassan decided to start fighting back against social ignorance by saving as many lives as possible by creating the “Enty El Aham” (“you are more important”) initiative.

Supported by Misr Foundation for Health and Sustainable Development, “Enty El Aham” was launched to support women in standing against violations by also asking men to help in stopping the abuses levelled against women.

“I want women in Egypt to live a better life. Almost every woman’s life in Egypt is a journey of violations, pain, and difficulties,” Hassan explained, “From the moment they are born, they undergo FGM believing this would straighten their attitude, and when they grow older walking down the street is a struggle for fear of sexual harassment. Finally, when they are married they face a whole new level of abuse from their spouses.”

Unlike many other women empowerment initiatives, “Enty El Aham” uses new creative ways to raise awareness of children and women from all ages into health and social causes. “We discovered that a lot of women don’t know that what they are going through is considered a form of abuse or lack of medical care,” Hassan said.

As a society that receives a poor sex education, the campaign targets raising people’s awareness that most sex-based violence is the result of a lack of education and FGM. The campaign also focuses on actions not deemed as abuse according to the norms of Egyptian society, such as being forced to stay home or forced to leave school.

Recently, “Enty El Aham” initiated the “Say No” campaign. Through pictures that describe the physical and emotional abuse many women go through in Egyptian society, the campaign supports women in saying “no” to being hit, circumcised, or abused in any way.

Causing wide-spread reactions on Facebook, many women stated that they are being abused by their parents or spouses and they have tried to take action to stop the violence.

Some of the posts reference FGM, which is an illegal procedure according to Egyptian law but still widely practiced, stating that circumcision leads to severe pain while having sex, and reduces a woman’s ability to reach orgasm.

Different from normal street campaigns, in which the team goes to a certain neighbourhood to talk to women about health concerns and methods of fighting abuse, “Enty El Aham” also created a series of comics about pregnancy myths that are handed down through generations and included in culture and attempts to provide the correct answers to each of them.

“Through funny short entertaining comics that tell the diary of a pregnant woman, we managed to re-correct all of the mistaken beliefs women have towards pregnancy, especially in local areas,” Hassan said.

Also, the self-funded team printed out playing cards that discuss all of the things young women have to take care of while growing older. They include tips for girls to take care of in order to maintain a good health as well as raise awareness of their rights in the society. The cards aim to teach both men and women what’s right and wrong.

“Most of the suffering young women endure is forced onto them by their male relatives. So, in order to re-correct this we target both genders from an early age to create a healthier, more open-minded society,” said Hassan.

What makes “Enty El Aham” unique is that it finds a way to teach men to not harm or be violent or abusive towards women .

“Most other campaigns target women, which eliminates men from the equation. But in our campaign, we aim to talk to men and ask for their help in eliminating violence against women,” Hassan added.