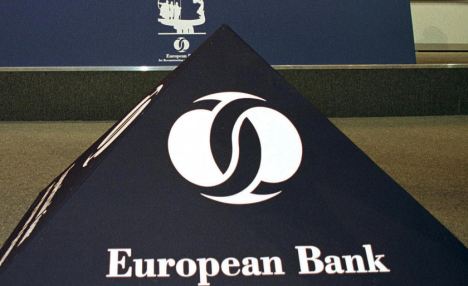 The European Bank for Reconstruction and Development earmarked €700mn in investments for projects in the near term, demonstrating the EBRD’s confidence in the Egyptian economy, said Suma Chakrabarti, the president of the EBRD.

The European Bank for Reconstruction and Development (EBRD) is currently finalising a cooperative strategy with Egypt in light of the growing political and economic stability, said Chakrabarti.

Chakrabarti met with President Abdel Fattah Al-Sisi on Tuesday, as a part of the first EBRD visit to Egypt, to discuss the bank’s proposal to finance projects in the near future. Minister of International Cooperation Sahar Nasr attended the meeting.

Al-Sisi emphasised that Egypt appreciates the trust of international finance institutions, is committed to enhancing the economy, upgrading infrastructure, enabling an environment conducive to investment, and supporting small- and medium-sized enterprises (SME).

“EBRD’s top priority is determining the sectors included in the strategy, focusing on modernising the financial sector, improving conditions for investment in the private sector, creating job opportunities, and encouraging the government’s plan to secure 20% of electricity generation from renewable sources,” said Chakrabarti.

Egypt will discuss with the EBRD its contribution to financing a range of development projects through the partnerships between the private and public sectors, reflecting Egypt’s national priorities and focus on infrastructure projects, said Nasr.

“As part of our first €126m financing project with ENR, we are funding new rolling stock, and helping with improving corporate governance. This will cover compliance, procurement, internal auditing, and general governance,” said Chakrabarti.

ENR is the world’s second oldest national railway, it employs 50,000 people and is used by 1.4 million passengers daily.

He added that the EBRD currently has €1.7bn in investments contributing in 34 different projects in Egypt, in various sectors including electricity, railways, sanitation, and the metro. Egypt is the EBRD’s second largest recipient of investments.

EBRD agreed to finance three public private partnership (PPP) projects. The government is expected to sign the contracts for those projects in the near term.

“Unlike most other international financial institutions, we mainly work with the private sector. 63% of EBRD investments in Egypt are with private sectors, particularly with small businesses.” Chakrabarti added.

A specialised strategy in cooperation between the Ministry of Finance and EBRD is being developed, fortifying the partnership between the private and public sectors in addition to supporting small businesses.

Ties between Egypt and EBRD goes back as far as 1991, Egypt was one of the founding members of the bank. The bank office in Cairo opened in 2014 to facilitate EBRD operations in Egypt. The bank is planning to expand in Egypt, starting with a new office in Alexandria.

Topics: EBRD Egypt the European Bank for Reconstruction and Development

Small and medium business solutions of the digital age