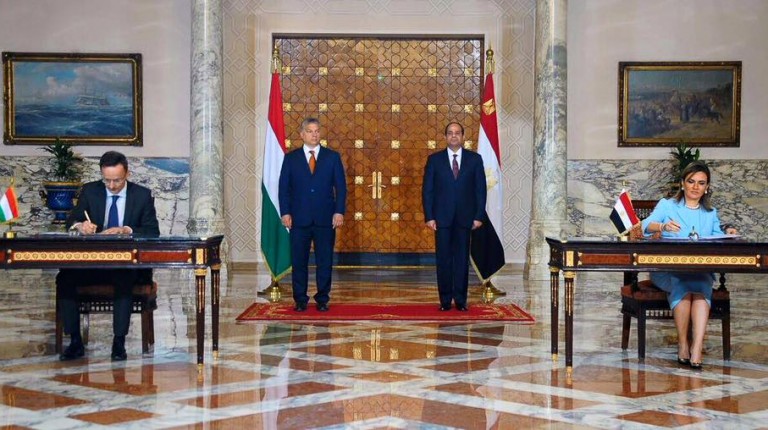 Al-Sisi discussed with Orbán ways to enforce the relations between Egypt and Hungary, especially in the fields of economics and investments.

Both sides signed five memoranda of understanding (MOU) in various fields such as water resources and agriculture.

The Hungarian side will also fund and import 700 train carriages for the Egyptian railway.

The Egyptian minister of defence also signed a MOU with his Hungarian counterpart to boost military cooperation.

“In this context, we discussed our counter-terrorism vision  as a key challenge that faces people in the region. We also discussed illegal immigration and ways to stop it … I affirmed the developmental perspective in addressing this issue,” Al- Sisi said in the joint press conference with Orbán.

Hungary is facing a refugee crisis since the situation Syria escalated, increasing the number of refugees fleeing to Europe.