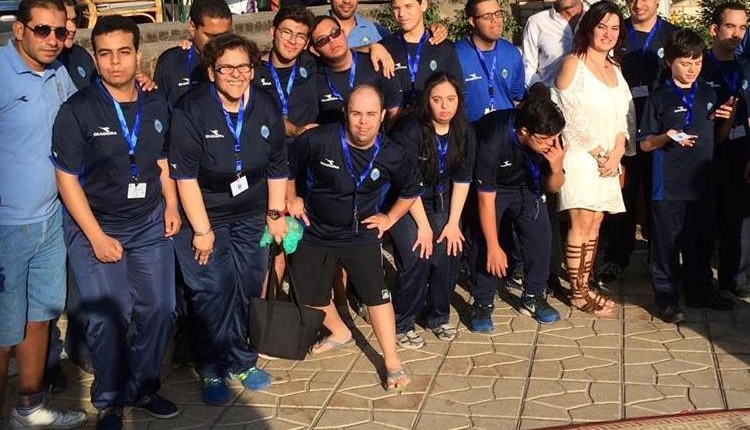 A few days ago, the Heliopolis Sporting Club (HSC) organised a championship for players with special needs, in two sports: swimming and table tennis. This is the first time an Egyptian club has organised an international championship for players with special needs, on its own. Six Egyptian clubs participated: El-Gezirah, Maadi, El-Shames, HSC, Zamalek and Wadi Degla; as well as two Saudi centres:  Maa and El-Own.

Daily News Egypt had the pleasure of meeting Mira Hussien Morsi, who has been rapporteur of the special needs committee at the HSC for five years.

Why is this championship special?

On a club level, it is the first time an international championship, involving players with special needs, has been organised.

Did you face any challenges in organising this championship?

The HSC’s President Haroun Touny offered us all kinds of support. We wanted to make this championship a larger event, so we invited many clubs, including some from France and Italy, to participate. Unfortunately, they refused, due to the current circumstances in Egypt. Keep in mind that the recent EgyptAir aeroplane crash had an impact on this sporting event.

What is your motive for organising this championship?

People with special needs should not feel abandoned, sports players or otherwise. We should not consider them as disabled. They are human beings like us; they can swim and do everything we do. In fact, many have developed even more abilities and a stronger willpower than the rest of us. Through championships like this, they can feel like the heroes they are. We want them feel happy and satisfied despite the many hardships in their lives.

I see that you care a lot about players with special needs. Do you have any personal experience with this?

My son, Omar El-Shenawi, is 22-year-old and has special needs. His mental development is five years younger than his actual age.

At the Special Olympics, held in Los Angeles last year, he was chosen as a spokesperson for Egypt, the Middle East, and North Africa to represent this region.

As a mother, I understand what other parents, whose children have special needs, are going through. This case being a personal one for me was what brought my attention to these players. Afterwards it became my cause. Through my experience, I want to help other parents.

Being a spokesperson for the Special Olympics is a great honour. Why was your son chosen to represent the MENA region and Egypt?

Despite his disability, he is ranked the second-best jockey in the Arab region. He is also a swimmer and in this championship he will compete in the 50-metre freestyle. He is also involved in music.

Omar is in his third year of university, studying mass communication. Being accepted into university is not an easy thing for someone with disabilities.

How have you raised awareness about people with special needs and how they should be treated?

Before the championship, an awareness session was organised about how to treat those with special needs, how to respect them, and not bother them. The public generally has very limited exposure to those with disabilities, so sessions like these are incredibly important.

In the session, I pointed out that we should be friendly with them, as they have the right to a normal social life.

Do you think special needs are given enough attention and support in Egypt?

Lately, we have seen developments in these regards, yet there is still a lot more to be done.

What are your plans for the future?

I hope to organise and celebrate this championship on an annual basis, and to increase the number of countries that participate.

Also I would like our players to travel abroad, and participate in international championships.

Visually impaired couple create their own handicraft business from home