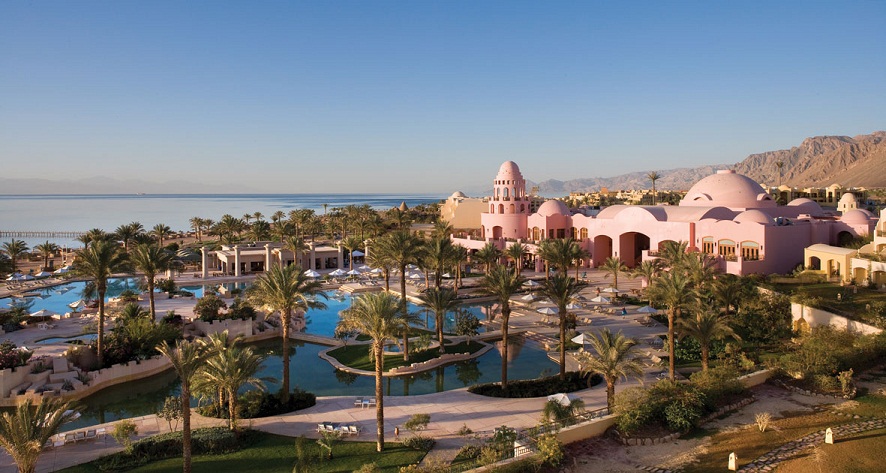 The Investors Association has demanded that the government form a crisis committee of the various ministries to meet the challenges currently facing Taba and Nuweiba.

Sami Suleiman, head of the Taba and Nuweiba Investors Association, said the region has only eight operating hotels out of a total of more than 40 hotels as tourism continues to decline, causing a majority of hotels to close their doors and lay off their employees.

There are investments of over EGP 15b in the region represented in the list of hotels and resorts that are under construction, according to Suleiman who added that these investments do not include an infrastructure network.

He said that investments in the region represent a strategic dimension to Egypt. Egypt shares its borders  with countries in the region that could be better targeted for tourism, especially Saudi Arabia.

Tourism was especially hit hard following the crash of a Russian aeroplane in Sinai in October 2015, which killed all 224 on board.

Shawky Rashwan, head of the National Authority for the Development of the Sinai Peninsula, said that the region is already suffering from the decline of tourism, but we have to know what the reasons responsible for this decline actually are. These reasons are mainly problems related to security, he added, which the state deals with firmly as resorts in the Sinai are still considered safe.

Rashwan added that the problems of roads and flooding are not responsible for the Taba and Nuweiba areas’ problems, even though the state is working to quickly resolve them during the current period.

Investors should establish tourism marketing companies abroad and enter into agreements with tourism associations in neighbouring countries, explained Rashwan. He added that these associations possess great strength and efficiency in marketing abroad, and Egypt should learn from them.

According to Rashwan, Egypt has great resources in the region related to tourism. In addition, Taba and Nuweiba provide a different type of tourism when compared to Sharm El-Sheikh or Dahab.

Suleiman requested a separate marketing plan for the region and an allocated budget in the “Egypt in our hearts” initiative programme. He also demanded the region’s equality with other regions in Egypt.

He further added that they must maintain the roads of Nuweiba and Taba and speed up the completion of all the work that began several years ago and was not yet completed. He also said that they must request that the Arab Contractors Company begin development of storm water drains.

The reopening of Taba airport with Jet Charter Flights will be very important in increasing the flow of tourists to the region from all nationalities. Taba and Nuweiba are about 60km from each other, while the distance between Sharm El-Sheikh and Taba is more than 150km.

Hisham Nassim, a member at the Taba and Nuweiba Investors Association, said that it is a must to overcome all the obstacles to open Taba Border Crossing with taking all the necessary security precautions as the area was attracting about 25% of the total inbound tourist flow to Egypt during the 1990s.

The region includes huge investments in the tourism sector and the availability of these investments will help to provide employment opportunities for Bedouins and young people, and reduce unemployment, according to Nassim.

He said that he is ready to create a trip from the Pyramids area to Taba during the coming period to publicise the area.

Nassim has participated in several tourism events and deserts travails and also climbed Agamma Mountain in Sinai, which is considered the highest mountain in Egypt at a height of 1,800 metres above sea level.

The chairperson of the association believes that the Ministry of Investment has already agreed with the South Sinai governorate on assigning 1m sqm for establishing a free trade zone in 2014; however, it has not yet been established.

Establishing a free zone in Nuweiba and Taba will be important for increasing the investment movement. The chairperson added that completing utilities in tourist villages and towns and providing them with natural gas, electricity, and water, besides encouraging banks to open new branches in the region, will encourage tourism investment and have a good payoff.

The chairperson added that the region is still plagued by debt to banks, and needs to be compassionate towards investors and postpone debts of taxes, electricity, water, insurance, and gas until tourism is back to previous levels.

He said: “We do not want to postpone the dues, but we only want the debt to be rescheduled and the state to prepare tourism programmes to their employees, thus alleviating the debt. What we want is to pay off the accumulated debt of the hotels by repaying 50% and the rest will be deducted from the services provided to the creditors of electric and water companies.”

He pointed out that Egypt has more than 5.5 million workers who work in the state’s administrative system, and they can be a powerful bloc to support tourism.

Rabea Gad, owner of Safari Company in Nuweiba, said that the company faces many problems related to obtaining licences and that limits their ability to expand.

He added that the company provides direct income for the Bedouins in the desert by using their camels to walk in the valleys where they can receive up to EGP 120 per tour in one day.

Tourists’ spending on safari tours used to be more than $100 per day, compared to an average spending of no more than $60 nowadays.

Salih Mahmoud, who works in the company, said that if there were no safari tours during the month, they deduct one-third from an employee’s salary. He added that his monthly salary is EGP 800.

Saleh, 37, has five children and lives in Nuweiba. He works as a driver in the safari company and organises trips to the mountains of Sinai.

He said that his salary did not exceed EGP 300 per month during the last period because there are no safari tours, and he did not know how the situation would change if tourism continues to decline.