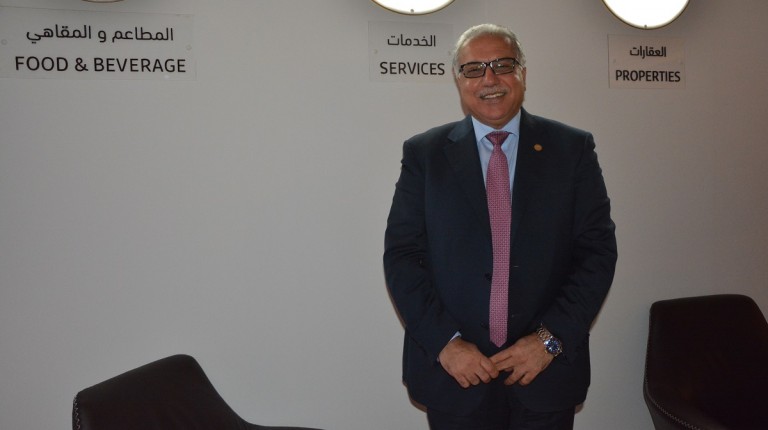 The career fair aimed to select 4,000 employees for its new Mall of Egypt, which will be inaugurated in September.

Forty leading retail companies and brands participated in the fair, including Vodafone, Orange, Mazaya, Cook Door, and other brands.

What is the size of the company’s revenues?

The total profits of Majid Al Futtaim Holding amounted to about $1bn by the end of last year. Egypt represents 6% of the size of the company’s business in the region. The company’s revenues were re-pumped in the form of new projects and investments.

Does the company intend to expand its business in the Egyptian market?

The company plans to expand locally in some Egyptian governorates, most particularly Cairo and Alexandria, through the establishment of commercial malls and launching branches of Carrefour.

How much money was paid to renew City Centre Maadi?

The period of study may take between 12 months to 18 months, and development operations will begin immediately after the completion of the study phase.

When will the company inaugurate the Mall of Egypt in 6th of October City?

The Mall of Egypt will be inaugurated in September of the current year. Majid Al Futtaim will inaugurate Almaza City Centre some time in 2019.

However, Mall of Egypt is slated to be one of the largest malls in the region, with investments worth EGP 5bn and with a total built up area of 455,500 sqm. Mall of Egypt will house 350 retail units of the best local and international brands, including an unmatched high-end fashion offering of the world’s most prestigious brands.

The mall would create over 41,000 direct and indirect jobs. The mall will contain 21 cinema screens using the latest advanced technology.

What is your opinion regarding the growth in the retail market?

The retail market will witness a noticeable change in Egypt during the coming period, as a result of the development currently happening in the market.

The most significant problems that hinder the retail market in all countries is the quality of products and competitive prices, which should be taken into consideration during the coming period in the local market to maximise purchasing power.

What is the company’s strategy in developing human resources?

Majid Al Futtaim is based on two pillars. The first is developing the administrative structure on an ongoing basis.

The second pillar is to maintain the company’s boldness in decision-making, to put forward new ideas, and to motivate employees to love their work at the company. In addition, we work to encourage them to carry out the projects through teamwork.

The total number of Majid Al Futtaim’s employees in Egypt is about 33,000 employees, which includes more than 100 different nationalities.

The company is interested in developing the skills and abilities of its employees and motivating them to be innovative, because it believes that staff is a fortune no less than financial wealth in achieving the best performance, which contributes to the further growth of our business.

The company established a management development centre for innovation in the UAE last year. We have a culture of training and skills development for employees in the local market.

Our company is keen on implementing an annual programme for innovators and inventors of our employees at branches in all states to choose the best and help him/her to travel to London to connect with major institutions to carry out his ideas.

Last year, the competition contained about 1,350 employee applications that presented innovative and distinct ideas.  Five teams from each country were chosen. After the finalists, the company set aside AED 250,000 for the winner.

Moreover, the company signed a protocol with Unibail-Rodamco is Europe’s leading listed commercial property company in order to build skills and abilities of all employees within Majid Al Futtaim Holding.

The company has spent approximately AED 60m to develop the capacity of workers over the past year. We are constantly looking at the requirements and needs of our markets, which numbered 15 markets.

What is the amount of the company’s current investments?

The total investments of the company reached EGP 130bn, while the country’s investments in the Egyptian market amounted to EGP 23bn.

The company allocated approximately AED 30m as new investments to implement a new project in the UAE.

Furthermore, the company is going to hold a meeting with the board in London next week to set the company’s strategy during the coming 25 years.

Does the foreign currency crisis harm your business in Egypt?

The Egyptian market is promising and still considered young in various retail sectors, but the purchasing power of its less than other markets as a result of relative deterioration to the economic situation and the current foreign currency crisis.

I think the local market needs good planning to ensure production quality is better than it is now. The US dollar exchange rate negatively affects the company like other companies in various sectors.

Does the company plan to be involved in the New Administrative Capital project?