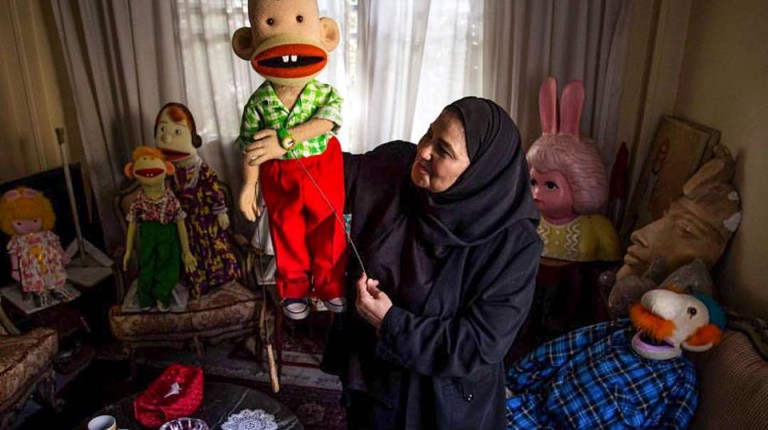 Have you ever imagined growing up and having a best friend who is also a friend of all of your classmates, but who also happens to be a puppet monkey … and his sister who is a rabbit puppet? For 18 years, Boggy wa Tamtam was the most popular puppet show for children and was only screened in Ramadan.

Back in the 1980s, waiting for the cannon blast—which indicates the start of Egyptian’s favourite TV shows—meant watching Boggy and Tamtam over breakfast. In each episode, the family show taught children a new moral lesson and a set of ethics to go along with it.

Those who grew up watching the show feel a pinch of nostalgia whenever they see pictures of their beloved friends, nine years after the show last aired.

In a photo that went viral on social media, the wife of the late puppet maker, who created the characters of Boggy and Tamtam, appeared holding the famous characters her husband made and playing with them. Comments on the photo evoked the sweet memories the picture brought back from their “favourite golden age”.

The show is considered one of the most typical parts of Ramadan in the 1990s, along with the show Alf Leila wa Leila (1001 Nights).

In Video: Khayamiya Street: Home of tentmaking in Egypt

In Video: The making of Ramadan’s Konefa