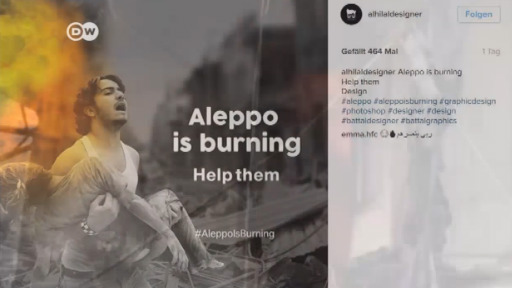 Syrian rebels have pushed back “Islamic State” militants from northern Aleppo, lifting a month-long siege of the town of Marea. A monitoring group says the retreat is a sign that IS is under pressure.
The UK-based Syrian Observatory for Human Rights confirmed Wednesday that “Islamic State” (IS) fighters had withdrawn from the frontline town of Marea in the northern Aleppo province.

The rebels were backed by the US airstrikes against IS targets in Marea.

The militant group had put the town under siege last month, stranding thousands of civilians there and prompting a US-led Syrian coalition to support moderate rebels in the area.

The monitoring group believes the IS fighters are feeling the pressure from a number of offensives by Kurdish rebels in the east as well as the government forces in the city of Aleppo.

“It seems they [IS] can’t keep several fronts open at the same time. It [Marea] is a strategic area, they were on the verge of entering Azaz,” said Rami Abdulrahman, the Observatory director, adding that the Free Syrian Army factions had taken control of the town.

The IS withdrawal comes amid a larger offensive against extremists by the Kurdish-dominated Democratic Forces of Syria (DSF) further to the east in the so-called Minbij pocket, just 20 kilometers from the Turkish border.

Meanwhile, President Bashar al-Assad’s forces continue to target both IS and rebel positions in the Aleppo city, dropping barrel bombs from helicopters, according to activists.

“Aleppo has run out of coffins and body bags, and the bombs keep falling,” pro-opposition group, The Syria Campaign, said in a tweet.

The defense ministers of Iran, Russia and Syria are scheduled to meet in Tehran on Thursday to discuss the battle against IS.

Iran and Russia are backing Assad’s embattled government, while the United States and other Western countries have called for the Syrian leader to step down to facilitate a political transition for the country.

Saudi Arabia shoots down a ballistic missile from Yemen, may reconsider the ceasefire