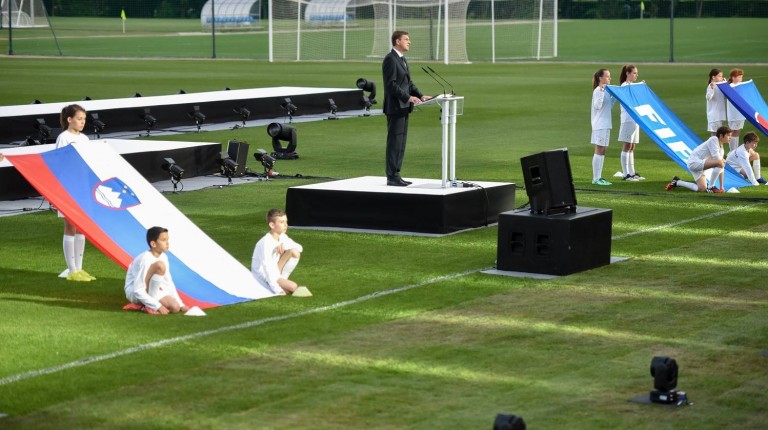 The Football Association of Slovenia (NZS) has recently opened its new national football centre, located in Brdo pri Kranju, which is 30km away from the Slovenian capital of Ljubljana.

The NZS’s president, Aleksander Čeferin, said that 90% of the centre’s totals costs, which amount to €8.5m, were funded by FIFA and UEFA.

Near the Brdo castle, the new centre includes three natural-grass football pitches and a sports training unit that caters to various requirements.

In this regard, in his speech at the opening event, Theodoridis expressed that this new centre is an amazing example of the FIFA’s and UEFA’s development programmes.