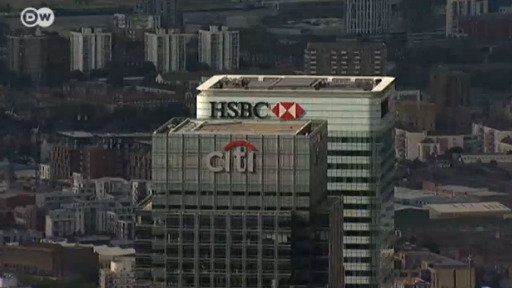 With just a couple weeks to go until the EU referendum, Britain’s Leave campaign is dominated by in-fighting. Samira Shackle reports from London.
When the press releases went out for Bpoplive, it promised a music festival “featuring some of Britain’s hottest artists as well as speeches from leading personalities and politicians who support leaving the EU.” The festival, that was scheduled to take place on May 8 in an arena in Birmingham with a capacity of 15,000, was billed as “the first of its kind in the UK.”

There was a problem, though: none of the headline acts had been informed that Bpoplive was, in fact, linked to an anti-EU campaign. As headliners Sigma and Electric Swing Circus pulled out, the festival – organized by anti-EU campaign group Grassroots Out – was cancelled. Undeterred, campaigners moved straight on to the task of organizing Brexit Live, another music festival with a very similar goal, this time scheduled for June 19.

The future of this event, too, looks uncertain, after several headline acts pulled out. Singer Alesha Dixon said that it seemed “more of a political rally” than a gig. The debacle over the anti-EU music festival is indicative of what many see as the chaos of the campaign for Britain to leave the EU.

The UK is gearing up to head to the polls on June 23 in a historic referendum on membership of the European Union. The Remain side is run by a single campaign organization, Britain Stronger in Europe, a cross-party group with the backing of Prime Minister David Cameron, Labour leader Jeremy Corbyn, and key figures from the Liberal Democrats and Green Party. While smaller groups are registered – the Scottish National Party is running a separate campaign in Scotland as it refuses to share a platform with the Conservatives, for example – the message has been fairly coherent. By contrast, the groups campaigning in favor of Brexit are increasingly splintered and characterized by in-fighting.

“The Leave side started better and earlier but in the last few weeks they have been weaker,” says Fabian Zuleeg, chief executive of the European Policy Center. “We’ve seen a fairly comprehensive decisive economic argument coming from the Remain side. On the Leave side, the messaging has not always been consistent,” he told DW.

The chaos started with the battle to be designated the official Leave campaign, a privilege which means significant extra funding and rights. In January, Grassroots Out was launched to great fanfare. “The three of us set up GO because we were frustrated that so little co-ordinated activity seemed to be happening on the ground,” Tom Pursglove, a Conservative MP who launched the campaign with his Tory colleague Peter Bone and Labour MP Kate Hoey, told DW.

With the backing of Nigel Farage’s UK Independence Party (UKIP) and numerous backbenchers, it painted itself as a cross-party campaign that would gain mass support. They were up against Vote Leave, backed by more senior Conservative figures such as Boris Johnson and UKIP’s only MP, Douglas Carswell. In April, Vote Leave was given the official designation. Farage has since said that he “begged” to work with Vote Leave but was repeatedly “rebuffed and rejected.” Vote Leave view the Ukip leader as too divisive a figure.

Grassroots Out, which focused on immigration, ran scores of rallies up and down the country throughout February and March, but, after losing out on the official designation, has somewhat disappeared from public view. Earlier this month, Buzzfeed News reported that the group had sacked 12 full-time regional campaign managers, meaning that its army of volunteers are now essentially rudderless.

In its place is its noisier offshoot, Leave.eu, funded by businessman and Ukip donor Arron Banks, which frequently attacks Vote Leave. In late May, Leave.eu published the names and contact numbers of MPs working for Vote Leave and senior journalists at the BBC, urging supporters to contact them. It also caused outcry by sharing a video on Facebook of Donald Trump comparing immigrants to snakes.

“While Remain is running a studiously boring, establishment campaign and can’t pretend it has a mass mobilization of popular support, it has the entire British establishment behind it – and they’re pretty good at winning,” says Jim Waterson, political editor at Buzzfeed UK. “On the other side you’ve got the Leave campaign, which would look quite different without Leave.eu. You would not have this extreme wing trying to focus on immigration. You’d have two establishment campaigns, and instead you’ve got one and a half,” he told DW.

Nor has Vote Leave, the official campaign group, entirely avoided controversy. In mid-May, former London Mayor Boris Johnson said of the unification of Europe: “Napoleon, Hitler, various people tried this out, and it ends tragically. The EU is an attempt to do this by different methods.”

Most analysts agree that such outlandish statements are not useful. “One of the big problems for the Leave campaign has been that they have been a little too extreme,” says Zuleeg. “The key for them must be not to convince those people who would vote no anyway, but to convince those people who might be part of the silent majority to either vote no or to stay at home on June 23.”

A large part of the problem is the splintered nature of the campaign. “It’s been a big distraction that they’ve not had one unified message for 12 months like the Remain campaign,” says Waterson. “Normal people are not watching the drama between the two campaigns. Journalists are, however, and it adds to that sense that the Leave campaign is chaotic and that no one can agree on anything. That then feeds into coverage.”

In addition to essentially running two separate campaigns, the Leave side is dominated by individuals rather than the more unified – if conventional – voice of Remain. “We are getting what you could expect from the beginning,” says Zuleeg. “This is more a collection of individuals than any coherent campaign. The worry is that when it gets to areas such as migration, which always are very emotive, that maybe some of these arguments have resonance.”