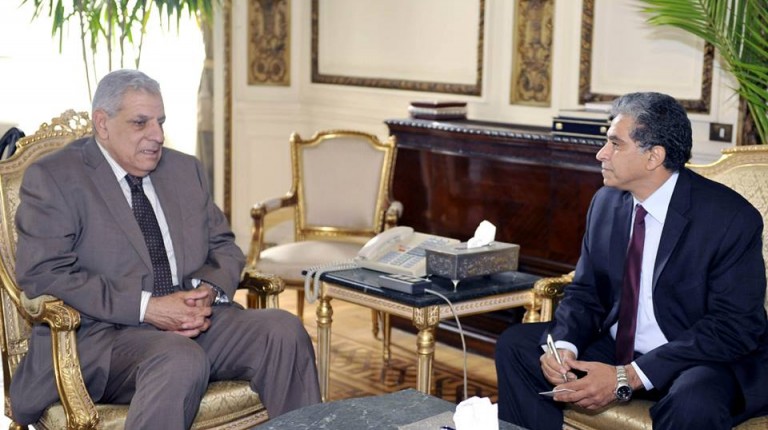 The national circumstances of African countries must be considered regarding climate change, Minister of Environment Khaled Fahmy said in a meeting in Paris on Friday.

The meeting aimed at following up on the outcomes of the 21st annual Conference of the Parties (COP21) in Paris. It was attended by the president of the COP21, French minister of ecology Ségolène Royal, the president of the upcoming COP Hakima El-Haite, and an array of businesspeople.

“There should be compatible market mechanisms with the African capabilities in combating climate change effects,” Fahmy said during the meeting. Moreover, he noted, “African countries need to be enabled to use carbon pricing in light of the COP21 agreement.”

Fahmy also advocated for putting the Africa Renewable Energy Initiative (AREI) into effect, which France earlier pledged to fund $2bn towards its nascent phase. The initiative aims to enable the installation of large-scale renewable energy capacity on the African continent by 2020.

According to the United Nations Framework Convention on Climate Change (UNFCC), the initiative would have a considerable impact on the reduction of greenhouse gas emissions on the continent. It will, however, require huge funding in order to be activated.

“At least $5bn in public and highly concessional financing, between 2016 and 2020, from bilateral, multilateral, and other sources, including the Green Climate Fund, will be needed to leverage a further $15bn in other investments, for a total investment of at least $20bn pre-2020,” the initiative statement read.

Meanwhile, Fahmy held a number of bilateral meetings on the sidelines of a meeting, to advocate for funding the AREI. He also met with African Development Bank president Akinwumi Adesina and Ségolène Royal of the COP21.

Royal said during the meeting that France is committed to activating the AREI, given her position as the COP21 president, and will provide all needed support to hold the first meeting between the initiative partners in order to maximise African contributions in the COP21 agreement, according to an official statement by Egypt’s Ministry of Environment.

Fahmy and El-Haite also discussed preparations for the upcoming COP22, which will be held in Marrakech in November. During the COP22, countries will prepare to implement the COP21 agreement among other things.