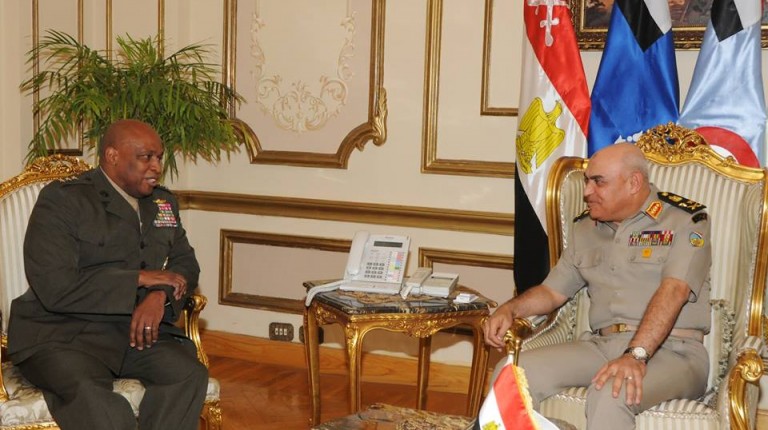 Minister of Defence Sedki Sobhi received the director of the US Defence Intelligence Agency (DIA) Vincent Stewart who is currently visiting Egypt, according to an army statement.

Both parties exchanged their points of view on the current developments in the Middle East and the important issues for both armies.

In February, the US defence intelligence chief stated his concerns over the existence of militants in Egypt’s North Sinai, saying he would not be surprised if Islamic State-affiliated militants extended their operations deeper into Egypt.

The delegation headed by DIA chief comes on the back of several US official delegations that have visited Egypt recently to discuss bilateral relations, including delegations from the US House of Representatives and the US Senate.

Recently this month, a US congressional delegation recommended supporting Egypt in its counter-terrorism efforts.

Both sides affirmed that economic support is as important as security and military support.