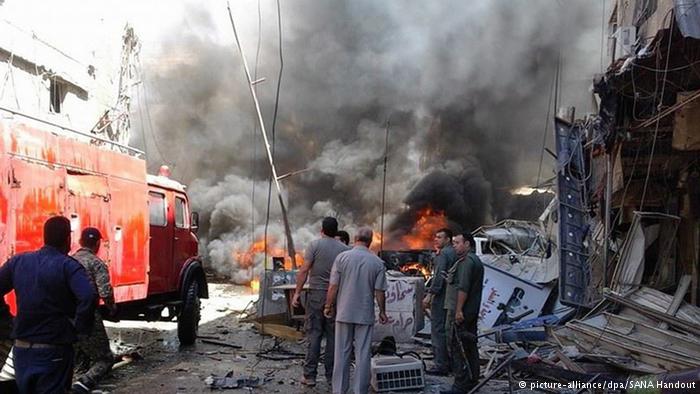 Two bombs have exploded in the Syrian capital, killing and injuring dozens of people. The suspected terror attacks took place near the country’s holiest Shiite shrine, the Sayeda Zeinab mosque.
Syria’s official news agency SANA said at least eight people were killed and 13 injured when a car bomb and a suicide bomber struck at the entrance of the Sayeda Zeinab shrine. The UK-based Syrian Observatory for Human Rights pegged the death toll at nine and said around 30 people were injured.

The first blast took place at the entrance of Ziabiyeh district, where a suicide bomber wearing an explosives belt blew themselves up. A car bomb exploded in al-Teen street.

No group has taken responsibility for the strikes on the shrine, which has experienced several attacks this year. The last one occurred on April 24, killing seven people and wounding dozens. A deadly strike in February left 134 people dead. In January, a bombing by “Islamic State” (IS) militants killed 70 people.

The heavily guarded area around the Sayeda Zeinab mosque is the stronghold of Lebanon’s Shiite Hezbollah group, which is backing President Bashar Assad in his fight against Sunni rebels. The group’s members say the threat to the mosque is their main reason for intervening in Syria.

The mosque is a preferred pilgrimage spot for Shiite Iraqi and Afghan recruits, who pay their last respects at the shrine before being sent to the frontlines to battle rebels. The shrine contains the grave of Islam’s Prophet Mohammed’s granddaughter Zeinab and has a characteristic golden, onion-shaped dome.

Syria opposition vows to fight on to topple Assad