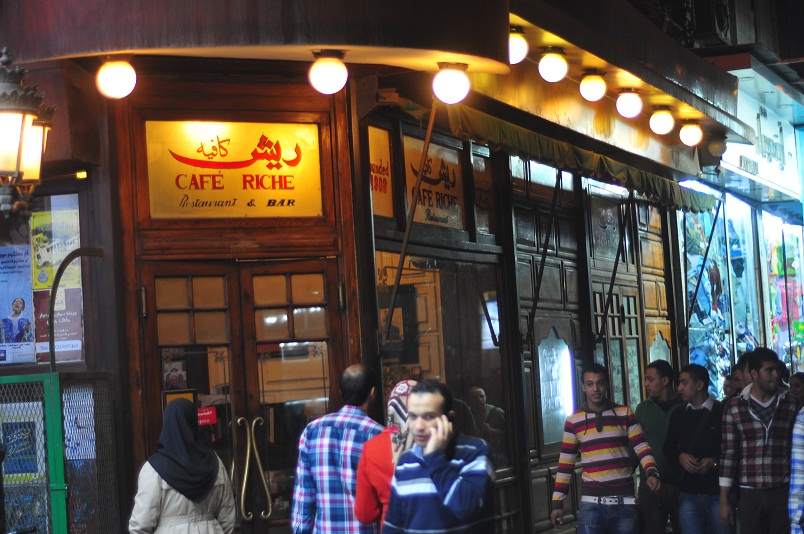 Video footage of the deputy district head of Agouza, Yasser Farag, was circulated on social media on Friday, showing him policing and storming a number of cafes in the district with security personnel. This footage proved controversial as many speculated that this is part of a campaign to target those who are not fasting during Ramadan.

Last week, Dar Al-Ifta, the authority for religious verdicts in Egypt, issued a statement saying that breaking the fast during daylight hours in Ramadan in Muslim countries is not considered a “personal” freedom.

In the footage, Farag is seen storming into a number of cafes with people sitting there, followed by two men who confiscate a number of chairs from the cafes.

District head of Agouza, Ahmed Abdel Rahim, told Daily News Egypt on Saturday: “It is clear in the video that the campaign was targeting unlicensed cafes, not non-fasting citizens as rumoured. There is no truth to what is being circulated on social media regarding campaigns targeting non-fasting citizens; fasting is an absolute personal freedom.”

He noted that the video does not mention anything related to arresting non-fasting citizens and was simply misunderstood.

Farag blamed the media for its treatment of the video, clarifying that several media outlets deliberately exaggerated the contents of the video and misused it.

“Fasting or not fasting is an abstract personal freedom that no one can interfere in, even a person of authority,” Farag said.

In fact, at the end of the video, Farag states that the campaign targeted cafes that were open during daylight hours in Ramadan and were also “unlicensed”.

Following circulation of the video, a number of high-ranking security officials released statements denying claims of campaigns launched by the Interior Ministry to arrest non-fasting people in cafes.

However, on the ground, there seems to be a different story. Abdelrahman Mohamed, a social media activist, posted on his Facebook an account of an official storming a cafe in El-Fagala near downtown Cairo and arrested a number of non-fasting citizens on charges of breaking the fast during daylight hours.

The security personnel assaulted and insulted the non-fasting citizens while they were arresting them, Mohamed said.

The Ministry of Interior was not available for comment on this issue at the time of print.

The Dar Al-Ifta statement on breaking the fast read: “The public manifestation of breaking the fast during daylight hours in Ramadan does not fall within personal human freedoms. On the contrary, it is a sign of chaos and an assault on the holiness of the Islamic religion because the revelation of sins is forbidden, or haram. It also goes against public convenience in Muslim countries and is a clear violation of the society’s right for respect of its sanctities.”

The statement raised controversy as some viewed it as a restriction of personal freedom.

Dar Al-Ifta then deleted the post, rephrasing its statement as following: “Morality is one of the pillars of our religion, among which is the consideration of other people. However, it grieves the heart to see some Muslims publicly manifesting their breaking of the fast during fasting hours, whether they have an excuse to do so or not, it hurts the feelings of those fasting.”