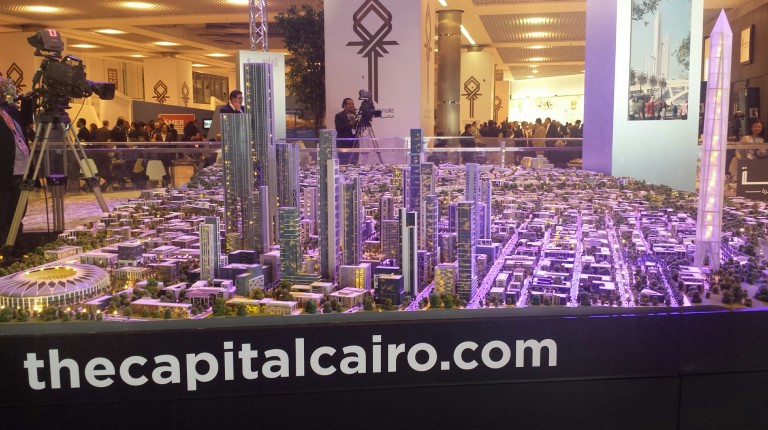 After Emirati businessman and chairperson of Emaar Properties Mohamed Alabbar brought down the curtain on his plans for the establishment of a new administrative capital in Egypt at the beginning of the current year, the Egyptian government insisted on continuing to carry out of the project.

A memorandum of understanding (MoU) was signed with Alabbar to build the new capital during the Egyptian Economic Development Conference (EEDC) in March 2015 in Sharm El-Sheikh, attended by President Abdel Fattah Al-Sisi and Vice President and Prime Minister of the UAE and Ruler of Dubai, Sheikh Mohammed bin Rashid Al-Maktoum.

Despite the lack of funds, the Egyptian government declared that it will implement the New Administrative Capital project within 5 years on an area of 25,000 acres in order to escape the overcrowding and pollution in Cairo.

The New Administrative Capital is expected to cost $300bn. It will include a new airport larger than London Heathrow Airport and a building that stands higher than the Eiffel Tower in Paris.

Since the failure of the Egyptian government to reach a final agreement with Alabbar, the government took the responsibility of implementing the project with Egyptian funds.

The construction and infrastructure of the New Administrative Capital is proceeding in full swing. The cabinet announced that the government determines the importance of a project and the implementation time of the plan; therefore, the cabinet approved the payment of 10% of the dues of construction companies that work on the infrastructure operations and housing projects in the New Administrative Capital.

Egyptian public and private construction companies in the past five months have begun working on infrastructure projects and building the residential neighbourhood of the new capital. Furthermore, there are plans to establish a railway station within the first stage of the project’s implementation.

The Arab Contractors Company is set to construct 44 buildings, which include 1,408 units. The minister said that work has begun on the foundations of the buildings in the residential neighbourhood.

The columns and ceilings have also been completed on the buildings, the minister added.

The minister also visited the site of Concord for Engineering and Contracting Company, which is currently constructing 61 buildings with a total of 1,792 units. It completed drilling on most of the buildings, and is starting on the concrete foundations and bases.

Talaat Moustafa Group Holding Company (TMGH) is carrying out the construction of a total of 69 buildings, which includes 2096 units. It has completed most of the drilling, and work is underway on the foundations.

Petrojet Company will build 36 buildings, which includes a total of 1,008 units. The company is currently completing drilling work and has started work on the foundations.

Madbouly announced that the construction of premises for the ministries inside the New Administrative Capital will start within a month’s time, adding that all construction work will be completed within two years.

Once the ministries premises are complete, 18 ministries, including foreign affairs, transportation, justice, electricity, supply, higher education, health, and interior as well as the parliament, will be transferred to the New Administrative Capital.

The Housing Ministry will complete 30,000 units in the first phase of the New Administrative Capital over the course of the next year and the president will lay the base of the capital in June.

The Ministry of Housing and Ministry of Youth agreed to establish a sports complex inside the new capital.

Orascom Construction achieves net income of $75.4m as of September