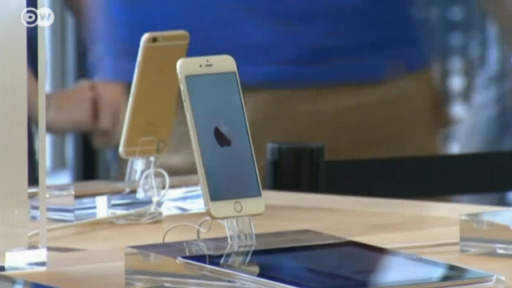 Apple’s annual developers’ conference showcases improvements to Siri, Apple Music, and Apple Pay, among other things. Opening Siri to work with any app will present big new opportunities for software developers.
The annual Apple Worldwide Developers Conference (WWDC) got underway in San Francisco, California on Monday. Once a year, Apple showcases new opportunities for independent software developers at WWDC, each of whom had to pay $1,599 (1,417 euros) to attend – if they were lucky enough to get tickets. As in past years, Apple used a random lottery system to pick those allowed to attend the limited-capacity event.

Apple CEO Tim Cook opened proceedings, but most of this year’s major innovations were presented by Apple senior vice president of software engineering, Craig Federighi, in a keynote on Monday morning. He presented a grab-bag of opportunities for developers to work with. What follows is a peek at some highlights, not a comprehensive list.

Talk to me, baby

First, Apple’s wisecracking automatic digital assistant, Siri, is coming to desktop and laptop Apple computers – as soon as the newest computer operating system (OS), named “Sierra,” is released, which Federighi said would occur in autumn. Before now, Siri has only been available on iPhones and tablets.

Second, but perhaps more importantly, Apple is opening access to Siri to all mobile app developers – including developers working with non-Apple apps – which should greatly expand the range of apps people interact with by Siri voice command. Federighi said Siri will now be able to work with apps like Slack, WhatsApp, Uber and Lyft, for example – none of which are Apple properties.

Both are copycat moves: Google, Microsoft and Amazon have already gone down a similar path. There’s a general trend toward increasing voice interaction with artificially intelligent (AI) software systems on multiple platforms, for any and all apps.

Couch potatoes will soon be able to use Siri to boss around their televisions via their AppleTV set-top box, for example, and search youtube.com and the iTunes store for videos or music. The list of home gadgets bossable by Siri will gradually expand into a seamless user experience.

The move to allow outside developers to couple Siri to any app could make Siri more useful to consumers, and also help Apple learn more about its users by gathering insanely great amounts of detailed user data. However, it could also diminish use of Apple’s homegrown apps, such as Apple Music or Maps – because going forward, users might ask Siri to open a competitor like Spotify.

Apple is also adding a facial recognition tool to its mobile software, so people and objects captured in photos are automatically identified. Google has already been doing that through a photo app it released last year. The developments represent another step in humanity’s on-going farewell to privacy and anonymity.

Show me the money, too

Apple’s mobile payment system, Apple Pay, got started in 2014 in the US. It allowed people to use their iPhones and Apple smartwatches to pay at participating retailers, by holding the devices next to an ApplePay reader. Apple Pay was then extended to the UK in July 2015, and to China in February 2016.

Now it’s being extended to the web. People will be able to use their phone’s fingerprint sensor to pay and check-out when they’re shopping online using a web browser. Google brought a similar feature to Android Pay last month.

In addition, Apple will soon roll out Apple Pay in more countries, with France, Switzerland, and Hong Kong next in line.

Apple has redesigned its in-house apps for maps, music and news, in an attempt to make them more useful and less complicated. The once-maligned Maps app is being opened to independent developers. Senior Vice President Eddy Cue says that will enable users to find a restaurant, book a reservation, request a car from Uber or Lyft – and then pay for it using Apple Pay – all without leaving the Maps app.

For Apple Music, which currently has15 million paying subscribers, the company is unveiling a redesign intended to be simpler and easier to use. Among other features, the new version will make it easier to find music stored on the device as opposed to streamed from the Internet.

Apple Music remains behind Spotify in terms of user base. Spotify has some 75 million users, including about 30 million paying subscribers as of March 2016. However, Apple has a relationship with the users of around 800 million hardware devices, so there’s plenty of room for its music streaming service to grow, and grow, and grow.

For news junkies, Apple is now making it possible to subscribe to various publications like The Wall Street Journal and read the stories inside the News app. News alerts from your favorite opinion management outlets will also pop up on your device’s lock screen.

What’s in store for Apple’s WWDC16?