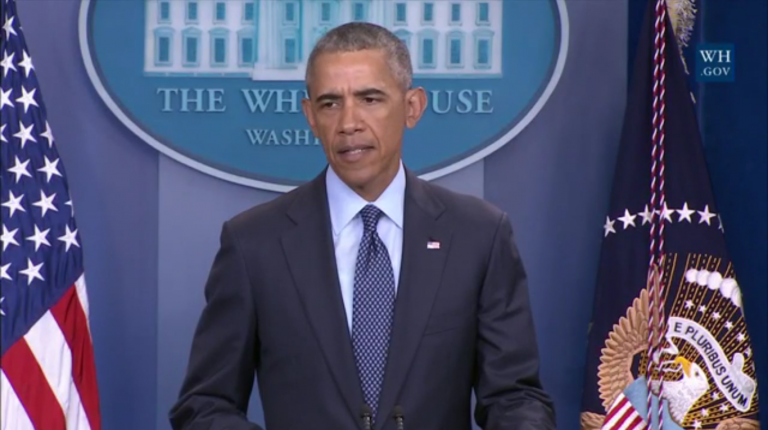 Islamic State (IS) has claimed responsibility for the attack in Orlando that killed 50 people and injured 53, which has become the deadliest attack in the United States after 9/11.

An American citizen of Afghani origin, Omar Mateen, 22, stormed a gay nightclub and killed 50 people and injured 53 before being shot dead by police.

US president Barack Obama described the incident as an act of terror and an act of hate adding that it is an attack on all Americans.

“Today, as Americans, we grieve the brutal murder, a horrific massacre of dozens of innocent people,” he said in a statement at the White House.

“Although it is still early in the investigation, we know enough to say that this was an act of terror and an act of hate,” Obama said. “We will not give in to fear or turn against each other. Instead, we will stand united as Americans to protect our people and defend our nation, and to take action against those who threaten us.” He added that the FBI is investigating the incident as a terror operation.

The father of Omar Mateen said in a video blog that he did not know that his son had a “grudge in his heart”.

“I never figured out that he had a grudge in his heart. I am grief-stricken,” he added.

Seddique Mateen said that he does not understand why his son carried out such an act during the holy month of Ramadan.

Omar was employed at G4S Security Company and held a gun as a part of his work.

The FBI said they questioned Omar Mateen twice because they suspected he had a connection with terrorists.

As a reaction to the incident, Republican presidential candidate Donald Trump said that he appreciates the congratulations for being correct about what he called “radical Islamic terrorism”.

As part of his presidential campaign, Trump has previously suggested a ban on all Muslims from entering the US.

“What has happened in Orlando is just the beginning. Our leadership is weak and ineffective. I called it and asked for the ban,” Trump said on his Twitter account.

His rival Hillary Clinton spoke about law enforcement and the need for more intelligence work to prevent such acts. “This was an act of terror. Law enforcement and intelligence agencies are hard at work, and we will learn more in the hours and days ahead. For now, we can say for certain that we need to redouble our efforts to defend our country from threats at home and abroad,” said Clinton in a statement.

Clinton also added that there is a need to prevent the type of gun used in the incident from being obtained.

“This is a time to stand together and resolve to do everything we can to defend our communities and country,” she added.

The Egyptian Ministry of Foreign Affairs condemned the attack in an official statement. The statement added that all countries should stand firmly to fight terrorism.

No end to ‘Islamic State’ murders of Yazidis

US terror expert warns of risk to soft targets

New wave of Islamophobia in wake of Paris attacks