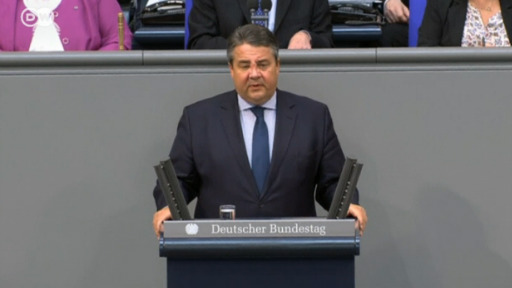 The International Monetary Fund (IMF) has urged China to implement reforms more speedily as it faces growing vulnerabilities amid dwindling resources to cope with internal and external shocks.
Although China grew at its slowest pace in a quarter century last year, the IMF said in a report that its near-term growth outlook for the world’s second largest economy had turned more buoyant due to recent policy support.

As a result, China’s economy was expected to grow by around 6 percent in 2017, the global emergency lender said in its China Review published on Tuesday.

However, as China was facing weak demand at home and abroad, the IMF said the medium-term outlook was “more uncertain” due to “rapidly rising credit, structural excess capacity, and the increasingly large, opaque, and interconnected financial sector.”

The review was compiled by the IMF’s first deputy managing director David Lipton, who said at the end of his visit to China that Beijing must address these vulnerabilities by decisively implementing “pro-active and comprehensive” policies in a number of sectors.

“Corporate debt, though still manageable, is high and rising fast,” Lipton said, adding that solving the problem was imperative to avoid serious problems in future. For that it was necessary to harden budget constraints, especially for state-owned enterprises, as well as restructure or liquidate weak firms. The associated social costs must be addressed by the state, he added.

The IMF suggested implementing a carbon or coal tax, which would significantly reduce China’s serious air pollution problem and could prevent between four and five million premature deaths in 2030.

In addition to fiscal reform, the IMF’s David Lipton said China needed to guard against growing risks in its increasingly complex financial system by increasing coordination between different regulators and markets and strengthening funding resilience for both banks and other financial institutions.

Turning to China’s foreign exchange policy – a concern for many investors after a surprise yuan devaluation last year – Lipton lauded regulators, saying exchange rate policy was becoming “more flexible and market-based”. He encouraged China to set “a goal of achieving an effective float within the next couple of years.”

Lipton also noted China had improved its data and communication of policies to markets and the public, and said further improvement would help China with its economic transition.