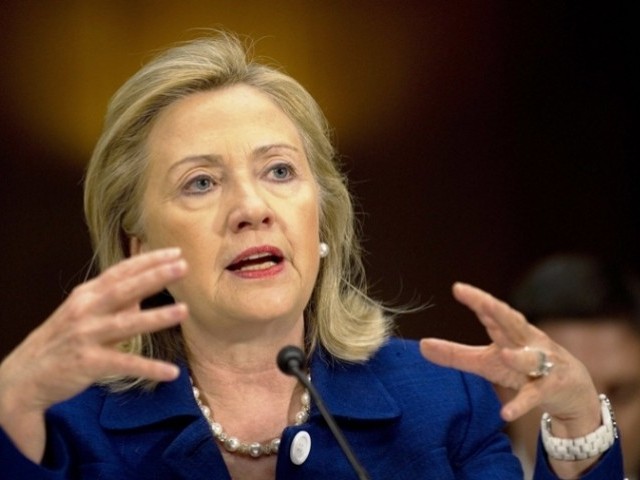 US presidential candidate Hillary Clinton criticised some US allies, in particular Saudi Arabia, Qatar, and Kuwait, for letting their citizens fund mosques and schools that train extremists.

Addressing her supporters in Cleveland, Ohio, Clinton emphasised the importance of removing Islamic State (IS) propaganda from the internet and increasing airstrikes on IS locations in Syria.

“The Orlando terrorist may be dead, but the virus that poisoned his mind remains very strong, and we must attack it,” Clinton said.

She also mentioned the need for a stricter gun control policy to prevent potentially dangerous people from buying arms.

“It’s important that we stop the terrorists from getting the tools they need to carry out the attacks, and that is especially true when it comes to assault weapons like those used in Orlando and San Bernardino,” she added.

Her rival, Republican candidate Donald Trump, said he will suspend immigration from any areas “with a proven history of terrorism”.

He also accused Clinton of accepting donations from Saudi Arabia. “Saudi Arabia and many of the countries that gave vast amounts of money to the Clinton Foundation want women as slaves and to kill gays,” he said on Facebook. “Hillary must return all money from such countries!”

An American citizen of Afghan origin, Omar Mateen, 29, stormed an LGBT nightclub and killed 49 people and injured 53 before being shot dead by police.

The New York Daily News cited a performer in the club as saying “I’ve seen him a couple of times at Pulse, a couple of other people that I’ve spoken with, including an-ex security guard, have actually witnessed this guy at Pulse many times before”.

US president Barack Obama will head to Orlando on Thursday and is expected to meet victims’ families.

Obama affirmed Monday that there is not enough information so far that confirms that the incident was planned from outside the US.

However, IS claimed responsibility for the attack, saying that “a fighter of the caliphate” had carried it out.

Omar was employed at G4S Security Company and held a gun as a part of his work.

The FBI said they questioned Omar Mateen twice because they suspected he had a connection with terrorists.

Will Republicans dump Trump at the convention?

Opinion: Clinton not yet in the clear